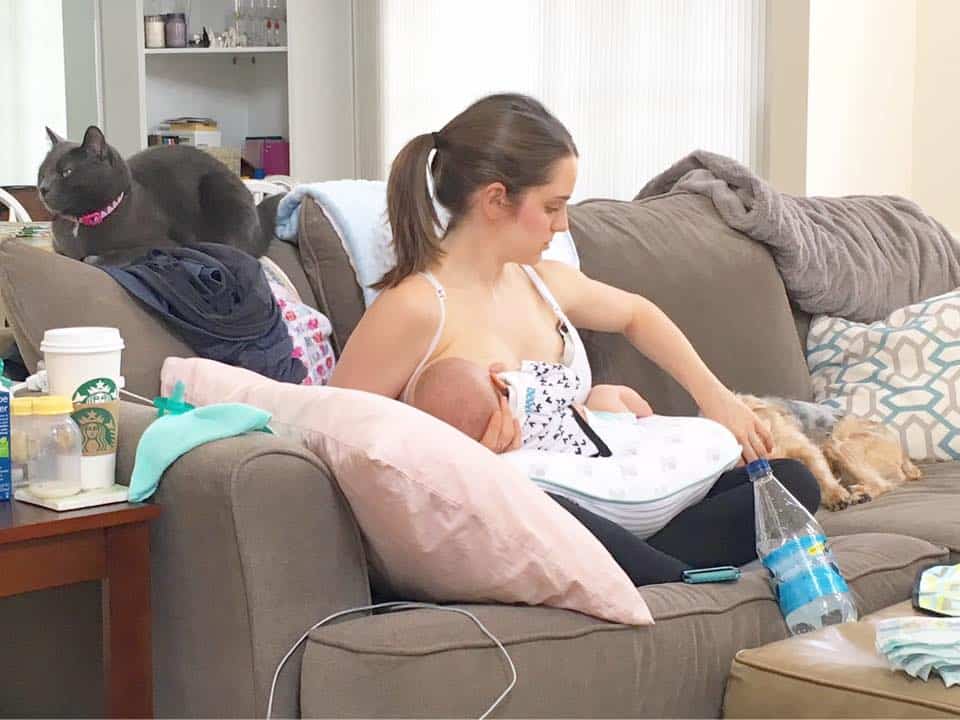 Before having a child, I had this glamorous picture in my head of what breastfeeding would be like. It would be so simple and easy. I’d have the baby (who would come out in just a few pushes, right? wrong.) and then he / she would latch and my milk would come in and it would be smooth sailing for as long as I chose to nurse.
hilarious. I’m not even going to get into my birth story with Parker right now but let’s talk about breastfeeding. First of all, there is SO much pressure on women to breastfeed. Yes, it is the best for your baby and I get that, but it’s not the ONLY way to feed your baby. We women just carried a baby for 9 months and went through labor & delivery or had major surgery to birth our child and now we’re supposed to use our body to keep them alive and growing! If that doesn’t cause anxiety, I don’t know what does! I, personally, wanted to breastfeed Parker and was going to do everything I could to make that happen. And I was very blessed that I have been able to for the past 6+ months (and plan on continuing). But that doesn’t mean it was easy …
I have to say that initially, it went really, really well. He did immediately latch and my milk came in the same day (I had been leaking colostrum for weeks prior and even stored some!). Plus, I never had pain at all while nursing. #blessed And holy moly – I never knew that when you would n
urse on one side, you could leak (and by leak, I mean pour) out the other — my doctor told me about the Milkies Milk Saver — you wear it on the non-nursing boob and it catches what you leak and you can store it (you’re welcome). Life. Saver. I stored hundreds of ounces without having to do any work!
What I didn’t realize was that breastfeeding is more than a full time job – nursing and pumping and taking care of a newborn – it consumes your day & night (after nursing him at night, I would have to go downstairs to pump bc I felt so full). And let’s not forget the times where I went out and had to go home because I forgot to bring my pump or had to leave places early bc my top was getting too tight!
On top of this, a few weeks in, Parker had some gas issues and wouldn’t stay latched. We had to introduce a few bottles (yes, a lactation consultant told me not to but who has the time to syringe feed their baby who is eating every 2 hours when you’re not sleeping?!) and it was so hard for me to do this emotionally bc I craved that bond and was so worried that he wouldn’t ever breastfeed again (but come on, fed is best — and fortunately, I had so much milk that I was able to pump and give P breast milk aka boob juice). But I still felt like a failure – dude, mom guilt is real. Thank goodness, things got better and he never flat out refused the boob and now we nurse all the time (we’re now 6+ months in and he’s only ever had my milk – and now some food!). 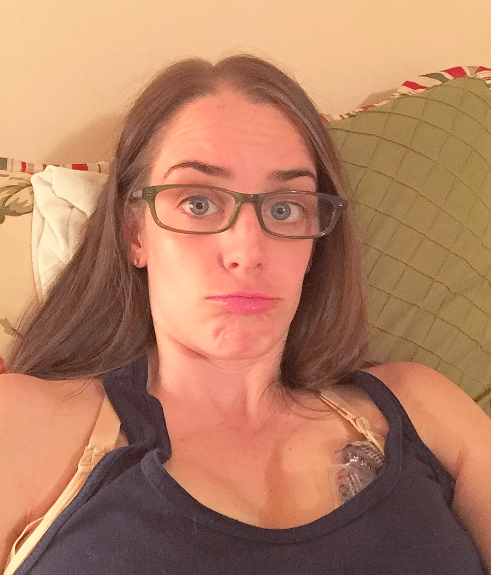 Then mastitis and clogged ducts entered the picture … OUCH! You finally find your groove and something else happens! Thank goodness for modern medicine, heat and ice packs and we’re feeling better. But my newest concern is my supply. Parker is sleeping way better (thank God!) and so I’ve noticed a drop in my supply and of course am freaking out (the worry never stops when you’re a mom, I hear … and I believe it).
Enter: superfood vegan oatmeal.
Jordana created a version of this months ago and I modified it to add yummy goodness to support Parker & breastfeeding. And I’ve found that whenever I get nervous about my supply, it works wonders! 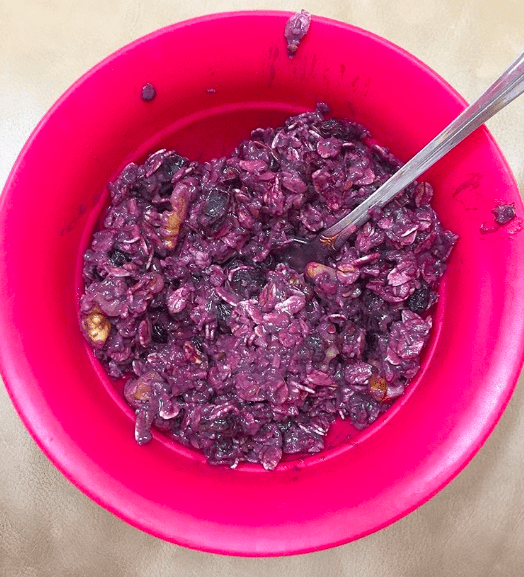 Ingredients (makes about 3 servings):
1 cup of steel cut oats
2 tbsp flax seeds
2 tbsp chia seeds
2 tbsp shredded coconut
handful of raisins
handful of chopped walnuts
1 cup of almond or coconut milk
a pour of organic maple syrup
heaping spoonful of coconut oil
1 tbsp black raspberry powder
What I want to share is that if you are a new mom – YOU ARE ENOUGH. You are doing amazing. And it will get easier. My best advice – find local mom friends – they seriously are lifesavers (love you, #momsquad).