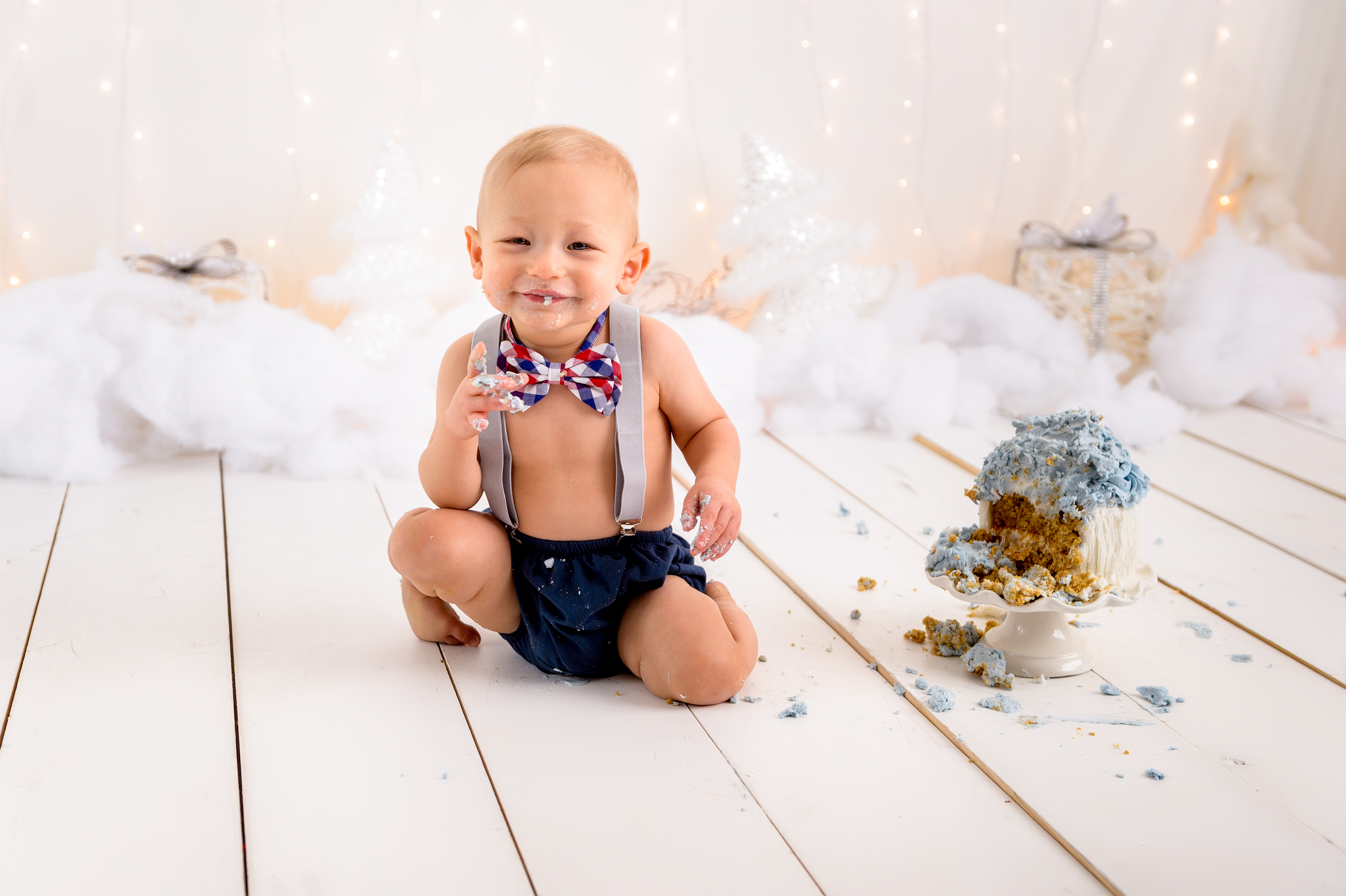 in the past few years, cake smash photoshoots have become "the thing" to do and you better believe I was all on board – I mean, come on, adorable pictures of my son making a mess I didn’t have to clean up? Sign me up. I booked the shoot when Parker was only 7 months old because they book up quickly and I really liked this one photographer a friend had used – she had all kinds of props and backdrops so you know I got to planning outfits immediately.
Pinterest party time! I created its very own Pinterest board along with Parker’s 1st birthday board (birthday post coming later) – you can check out my board here. I decided that I wanted something simple – blues and obviously a bowtie and suspenders! I found a local bakery that is vegan and completely chemical free, dye free, allergen free (since this would be his first taste of sweets, I wanted something healthy – and I’m crazy when it comes to what I feed him) … you’d think it was air with frosting but it actually was delicious!!! I chose a large cupcake and my friend made the topper into a little cupcake with a "1" on it.
When the big day arrived, we started with some family photos and pictures of Parker in different outfits and backdrops; clearly saving the messy fun for the end. He was a trooper – this kid is a ham for the camera! When we sat him in front of the cake, all he wanted was the topper. We showed him that he could stick his hand in the cake and eat it and he was being super gentle, so I let him lick some frosting off my finger and he was hooked. He wasn’t messy with the cake at all, so I may or may not have snuck in there and rubbed some on his face LOL
As you can see, he had a blast and was not happy when we took the cupcake away!!! I’d say it was a huge success — and he passed out in the car on the way home despite the sugar – extra bonus! Did you do a cake smash with your little(s)? 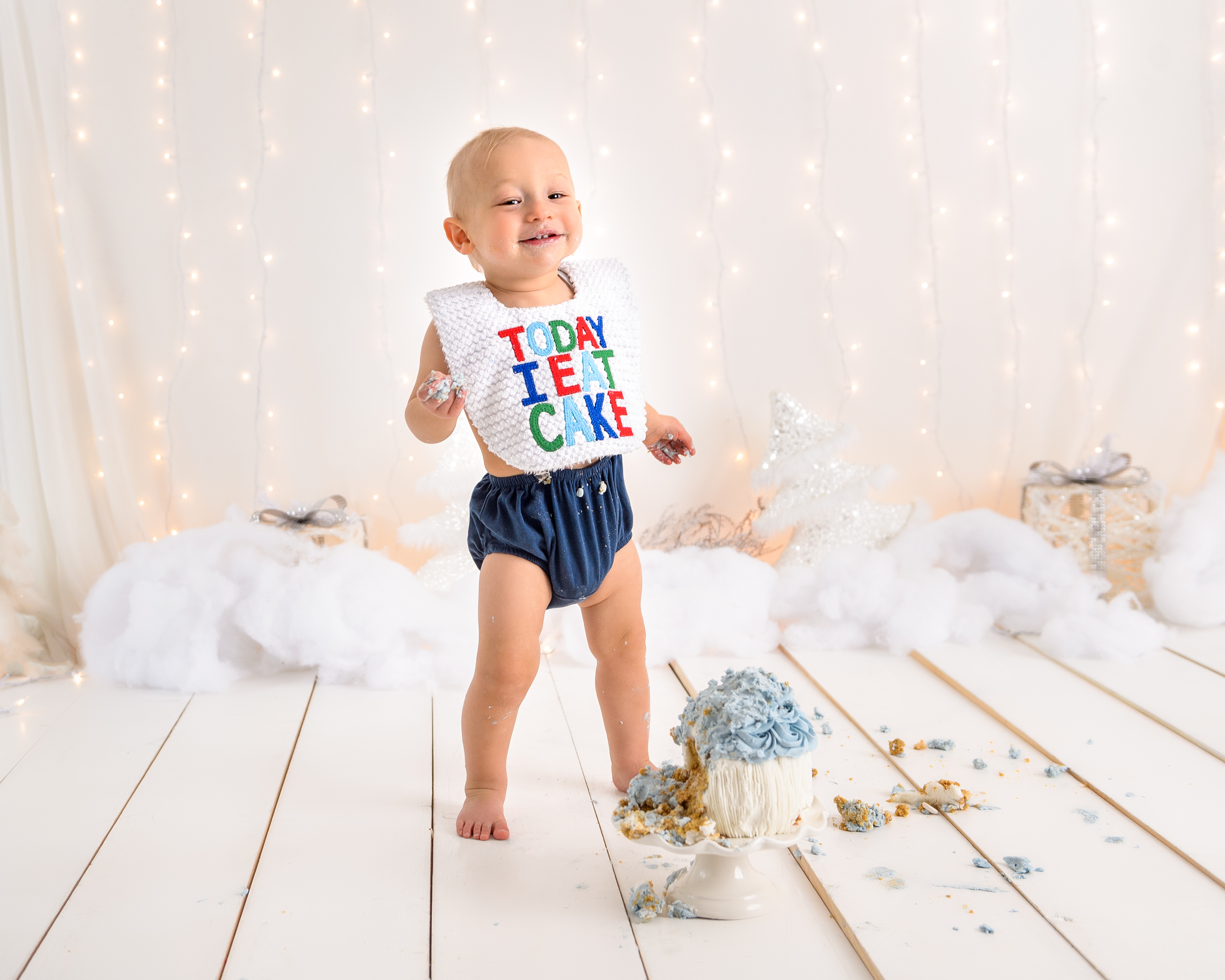 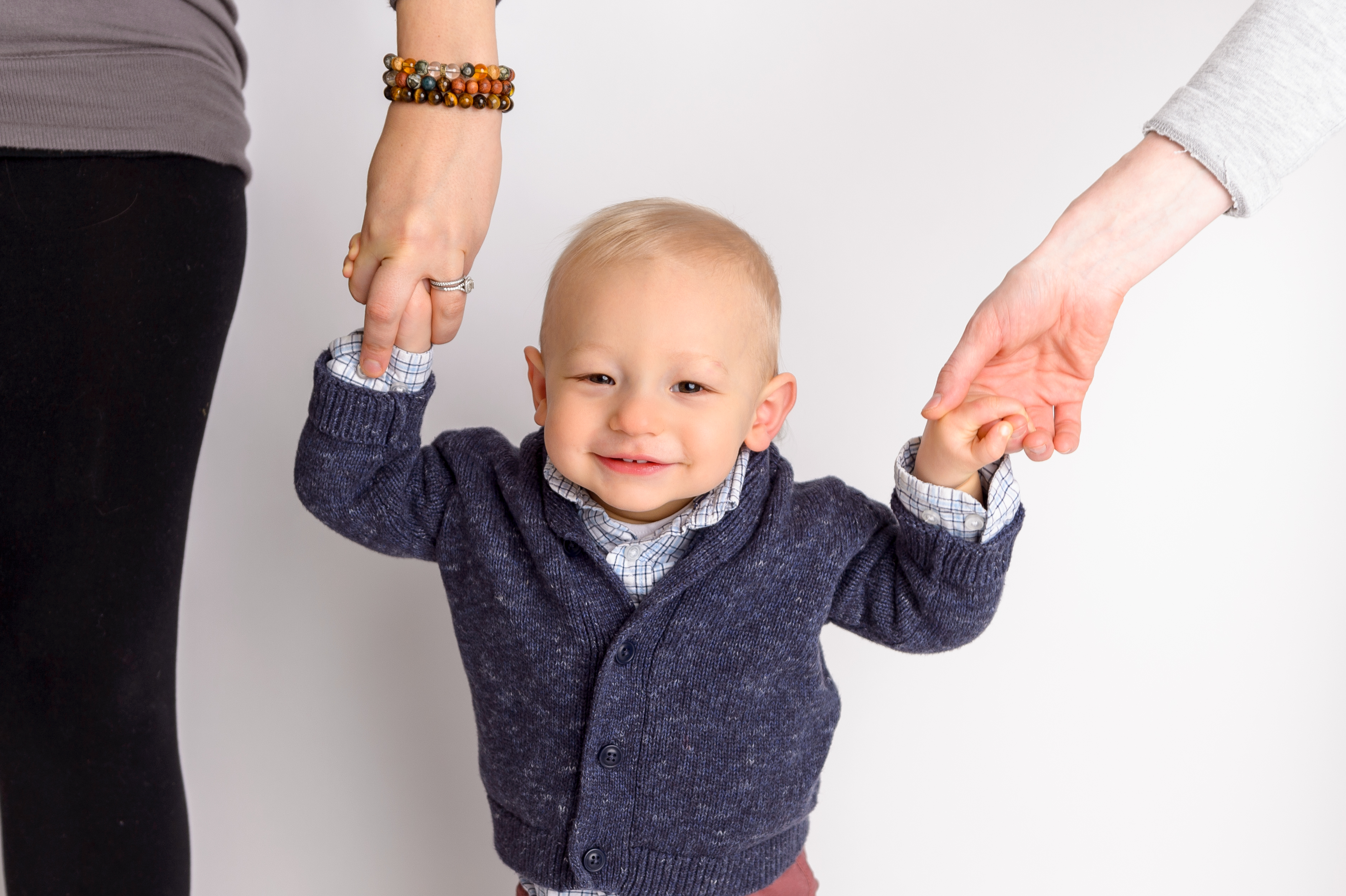 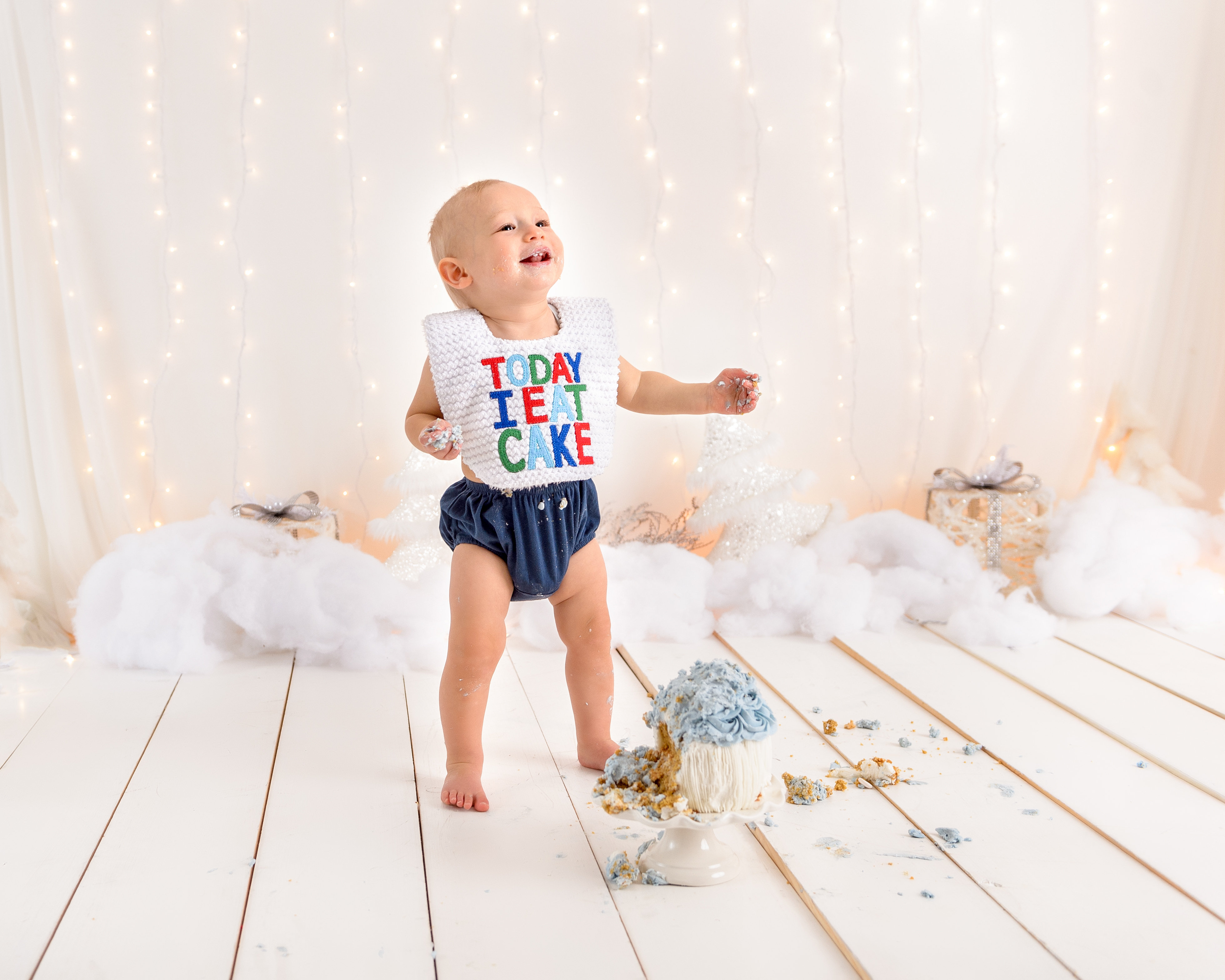 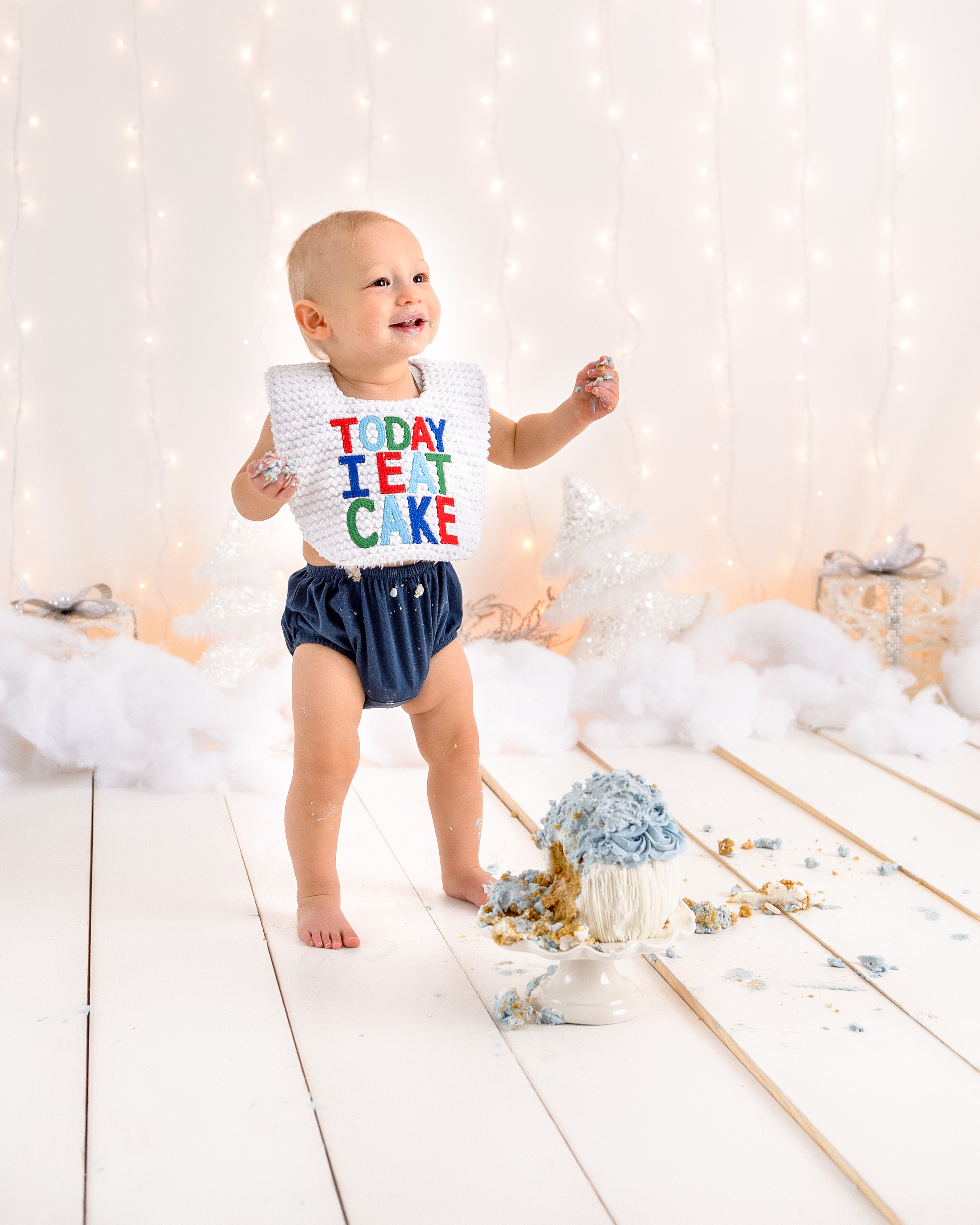 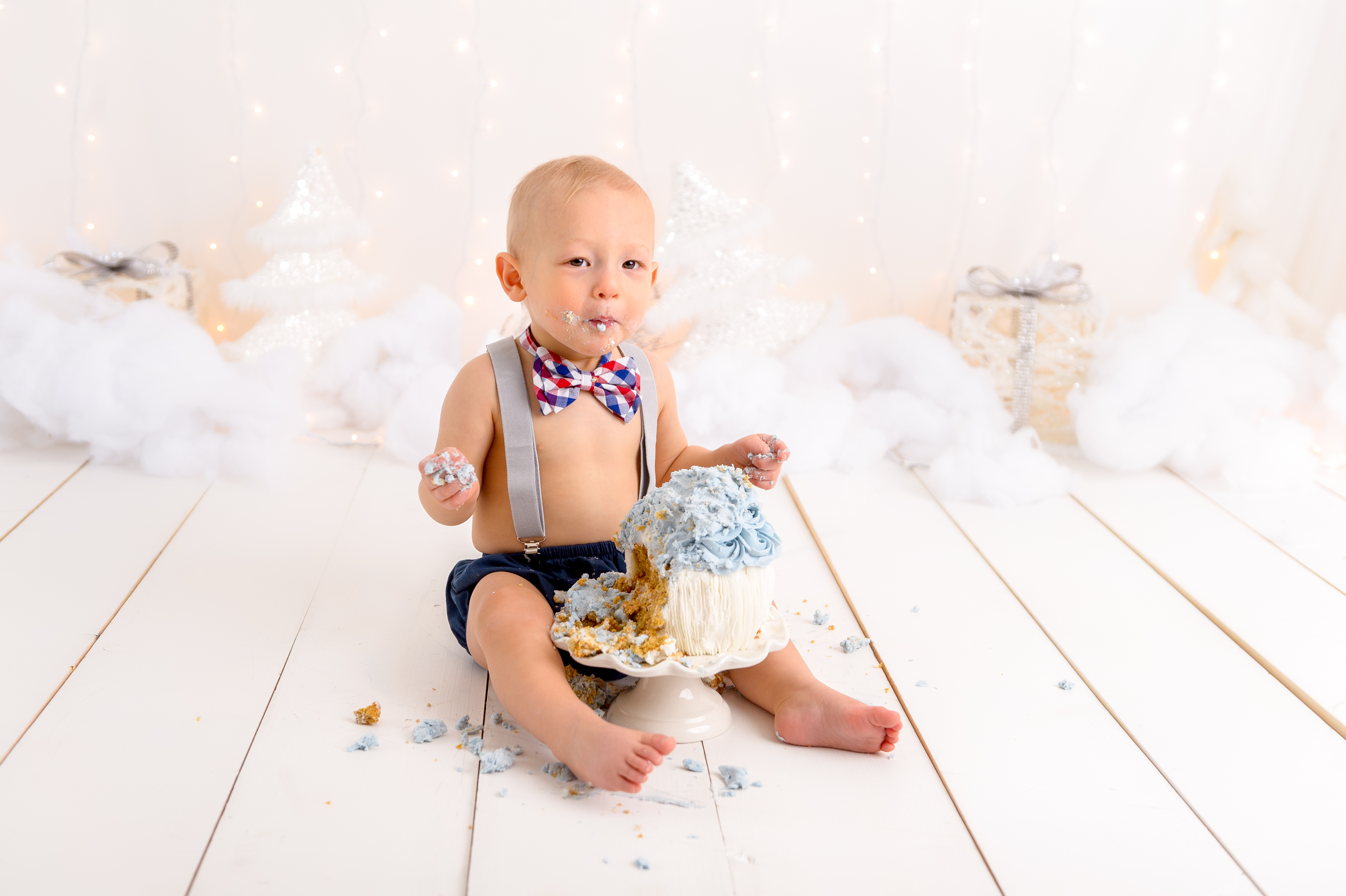 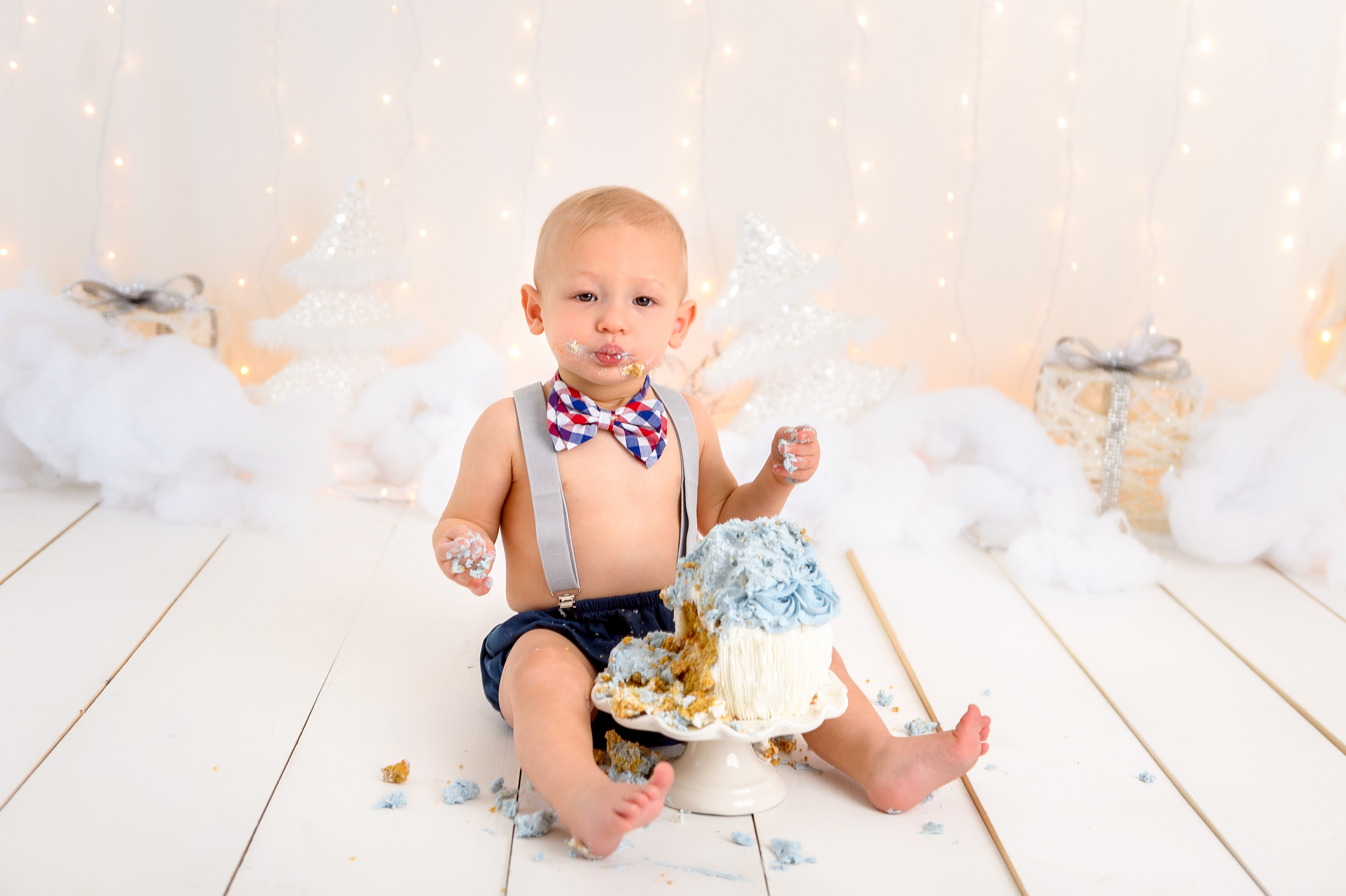 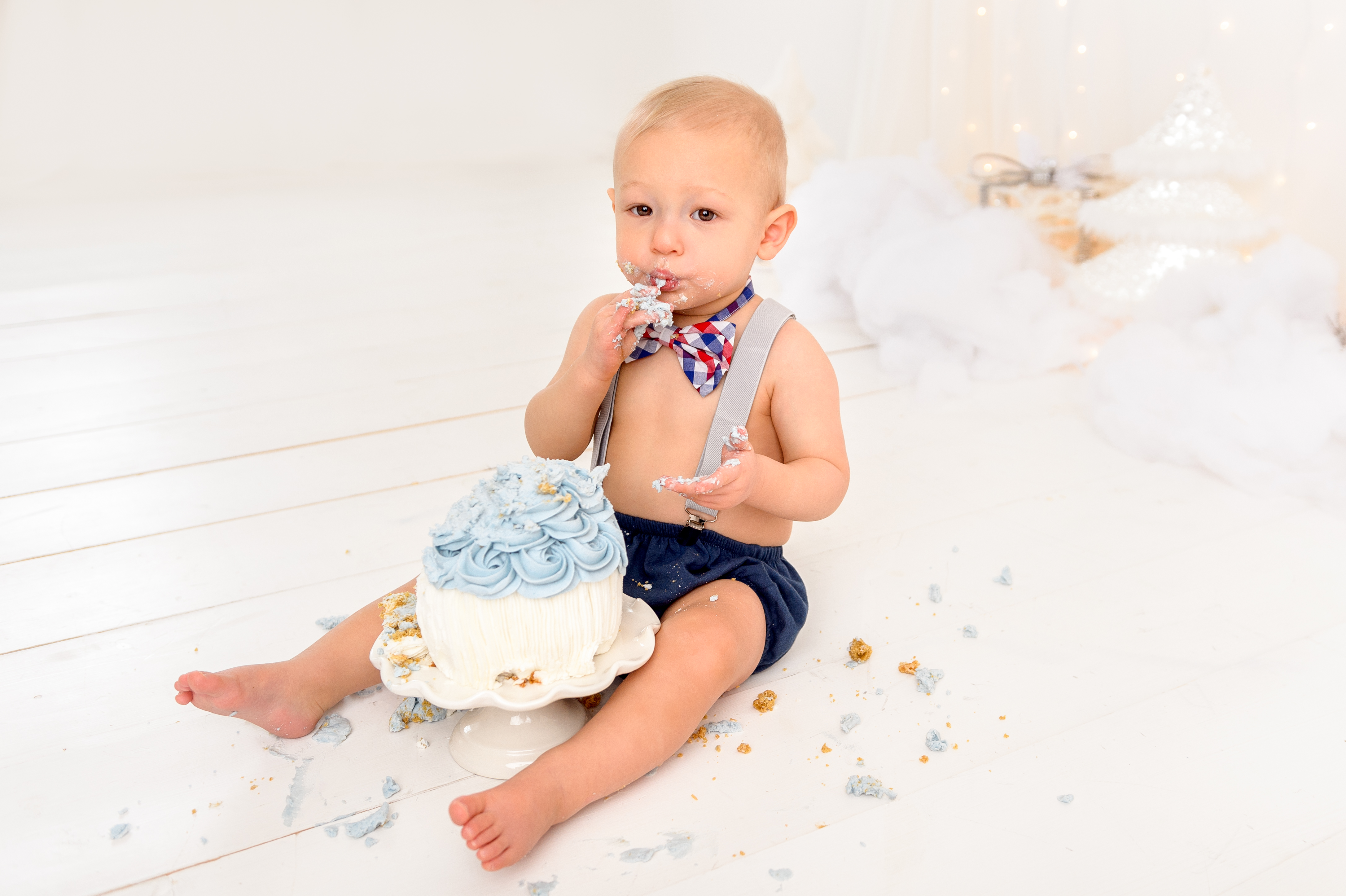 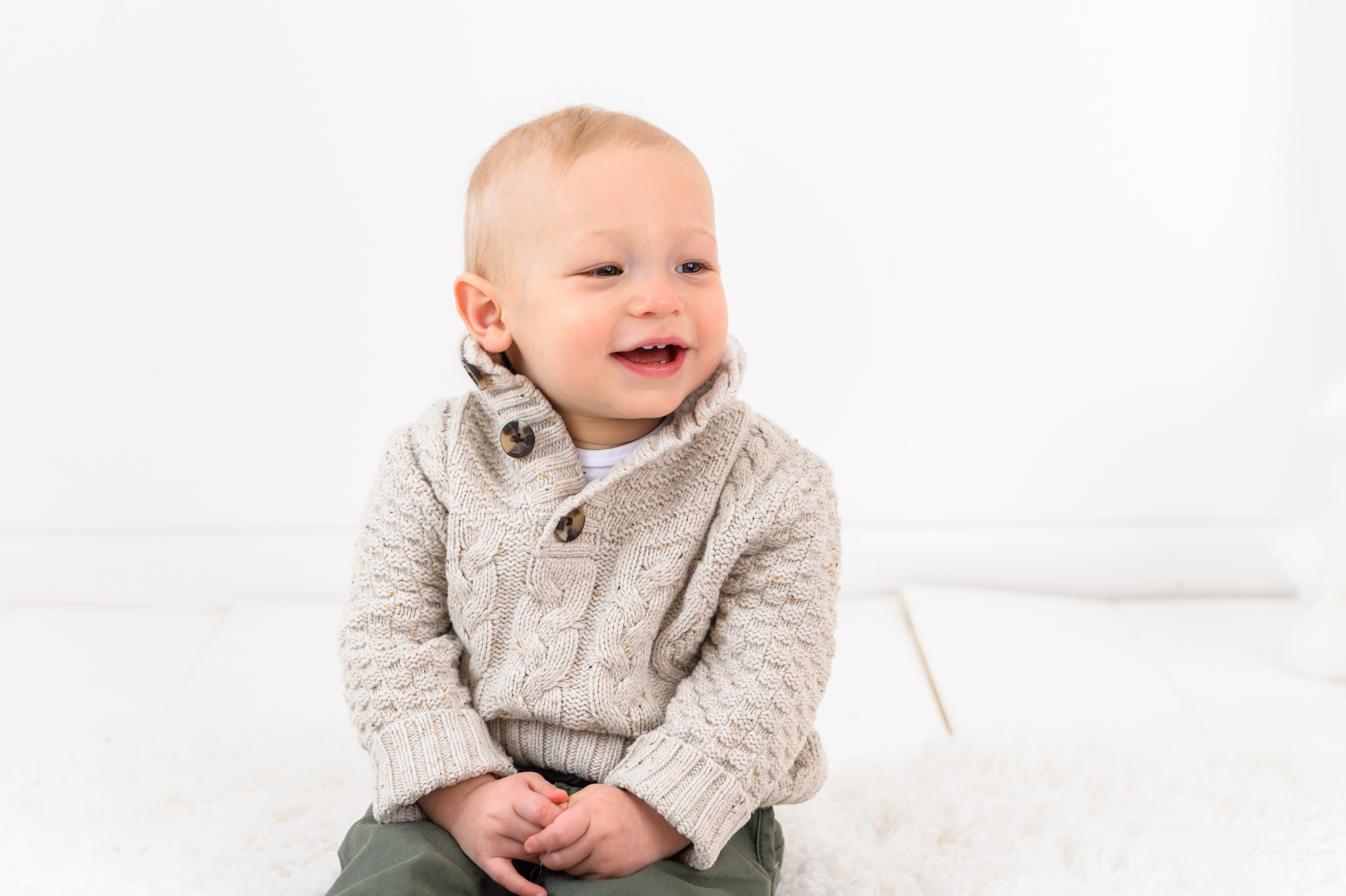 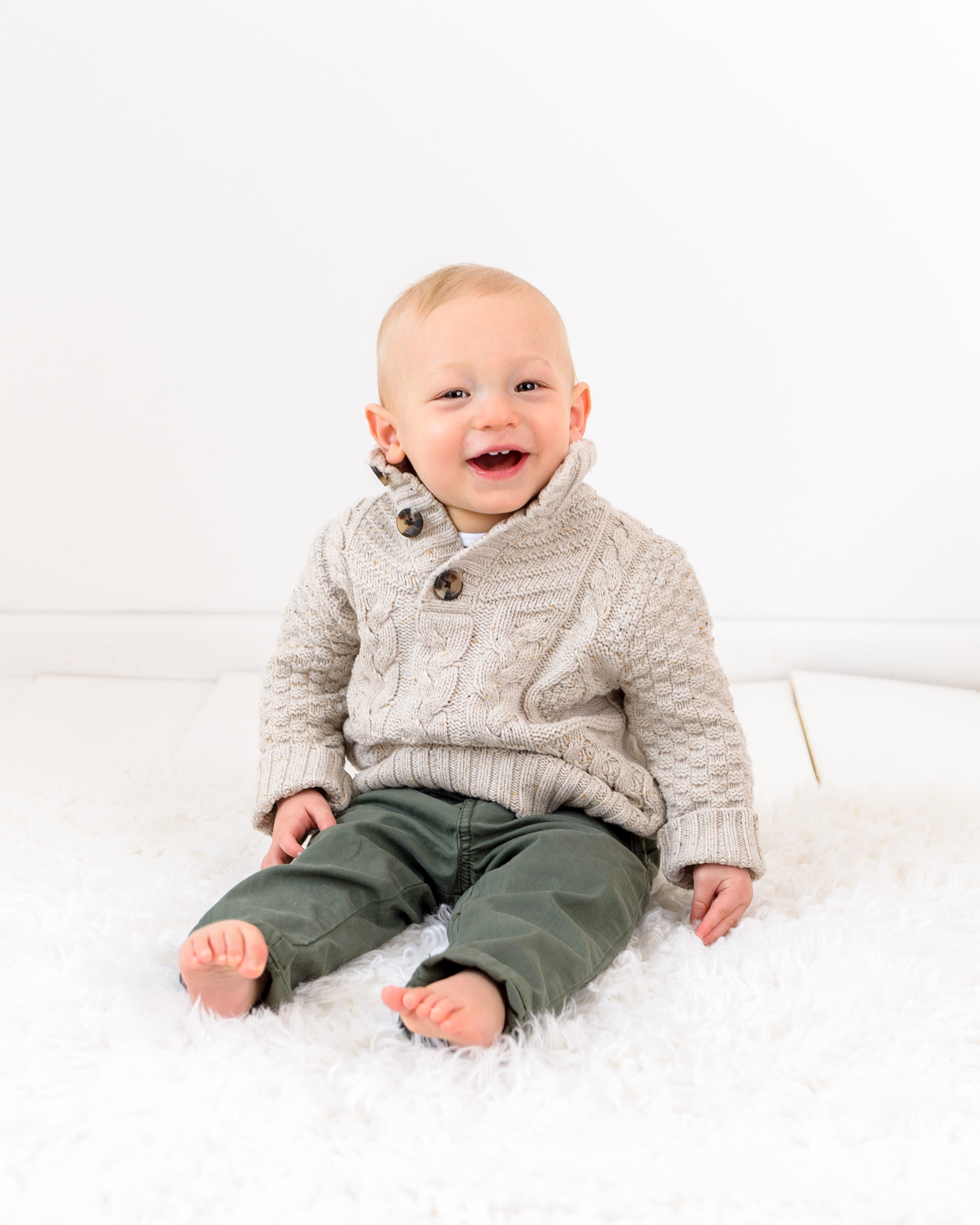 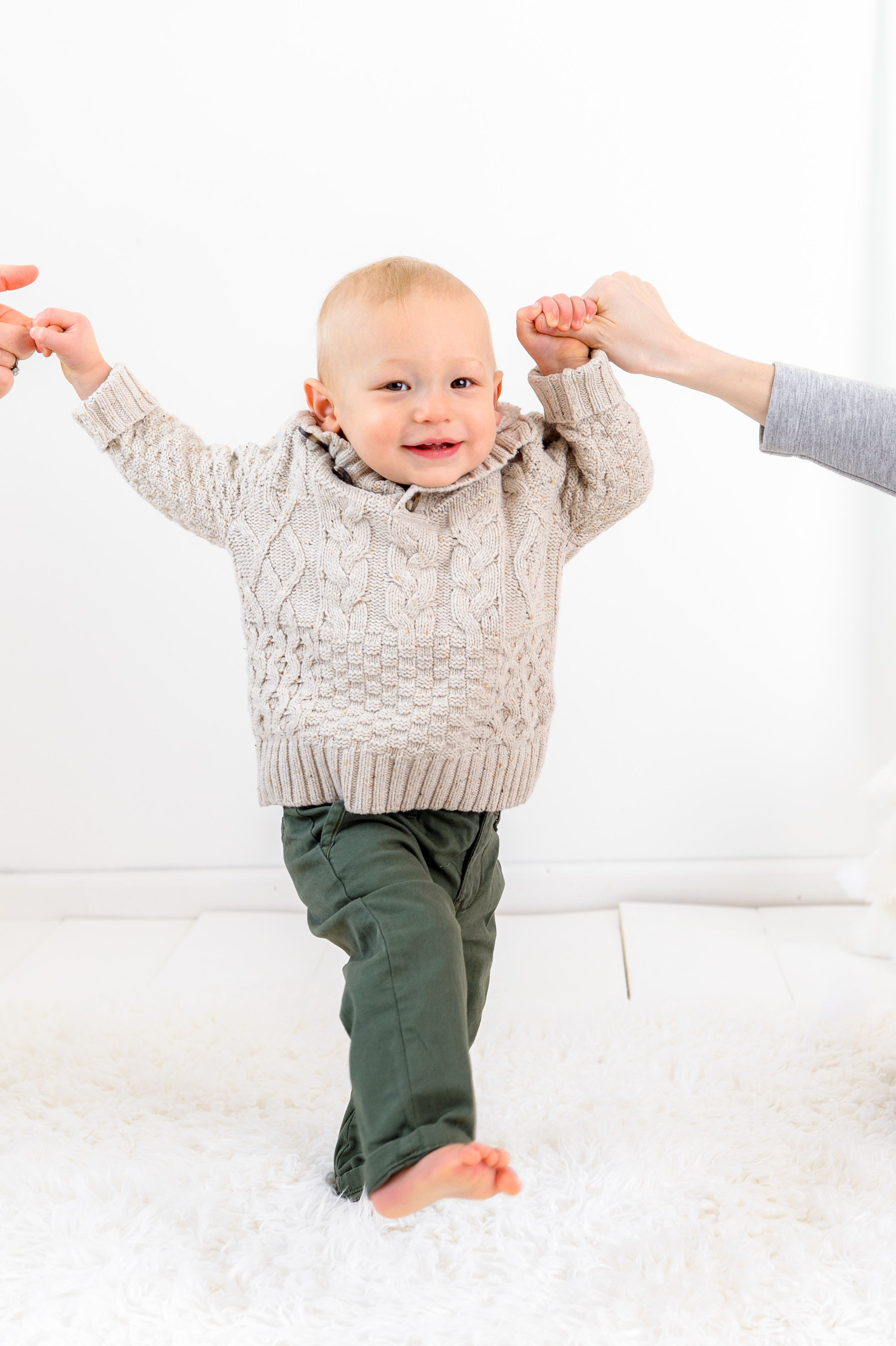 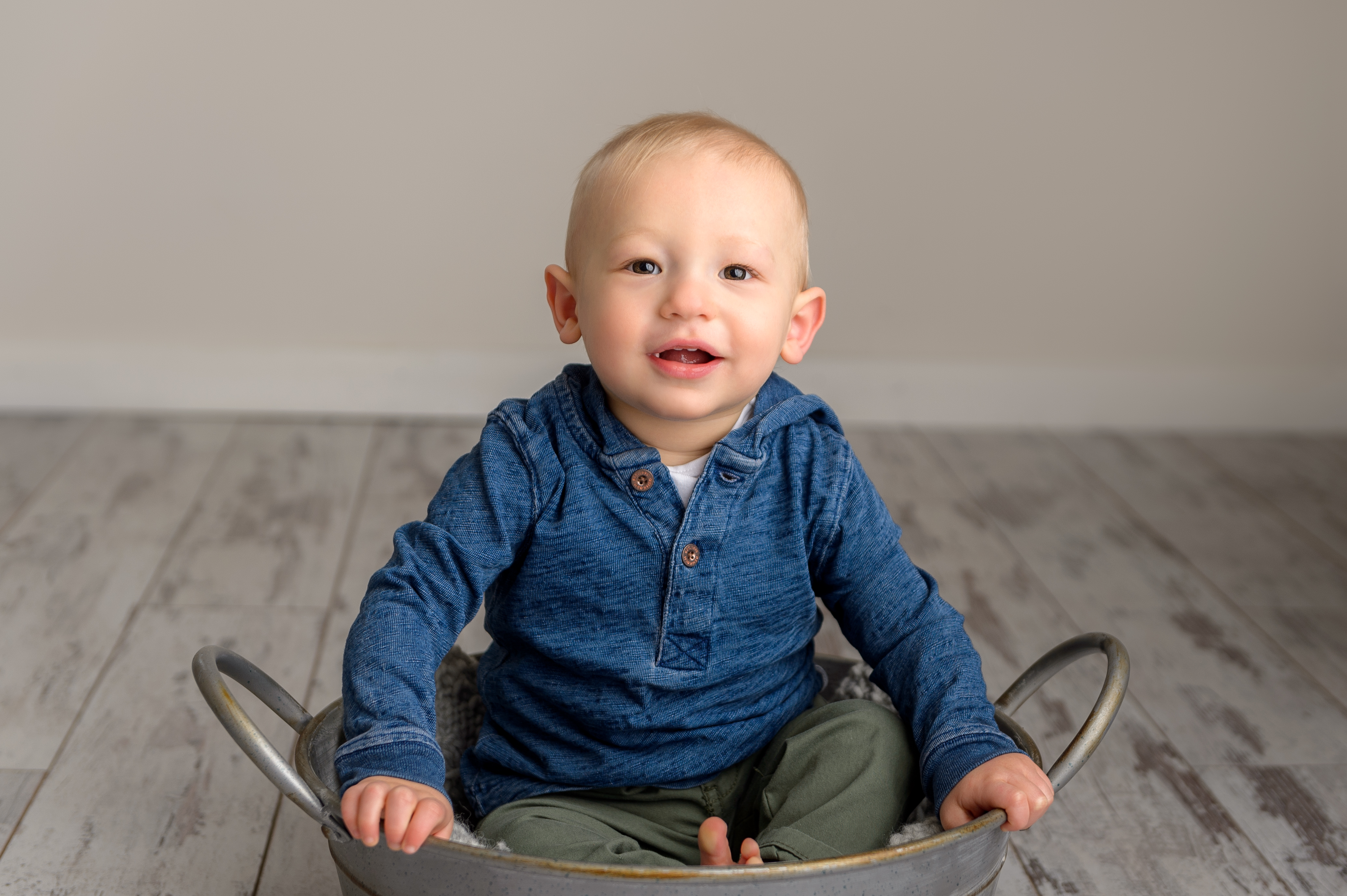 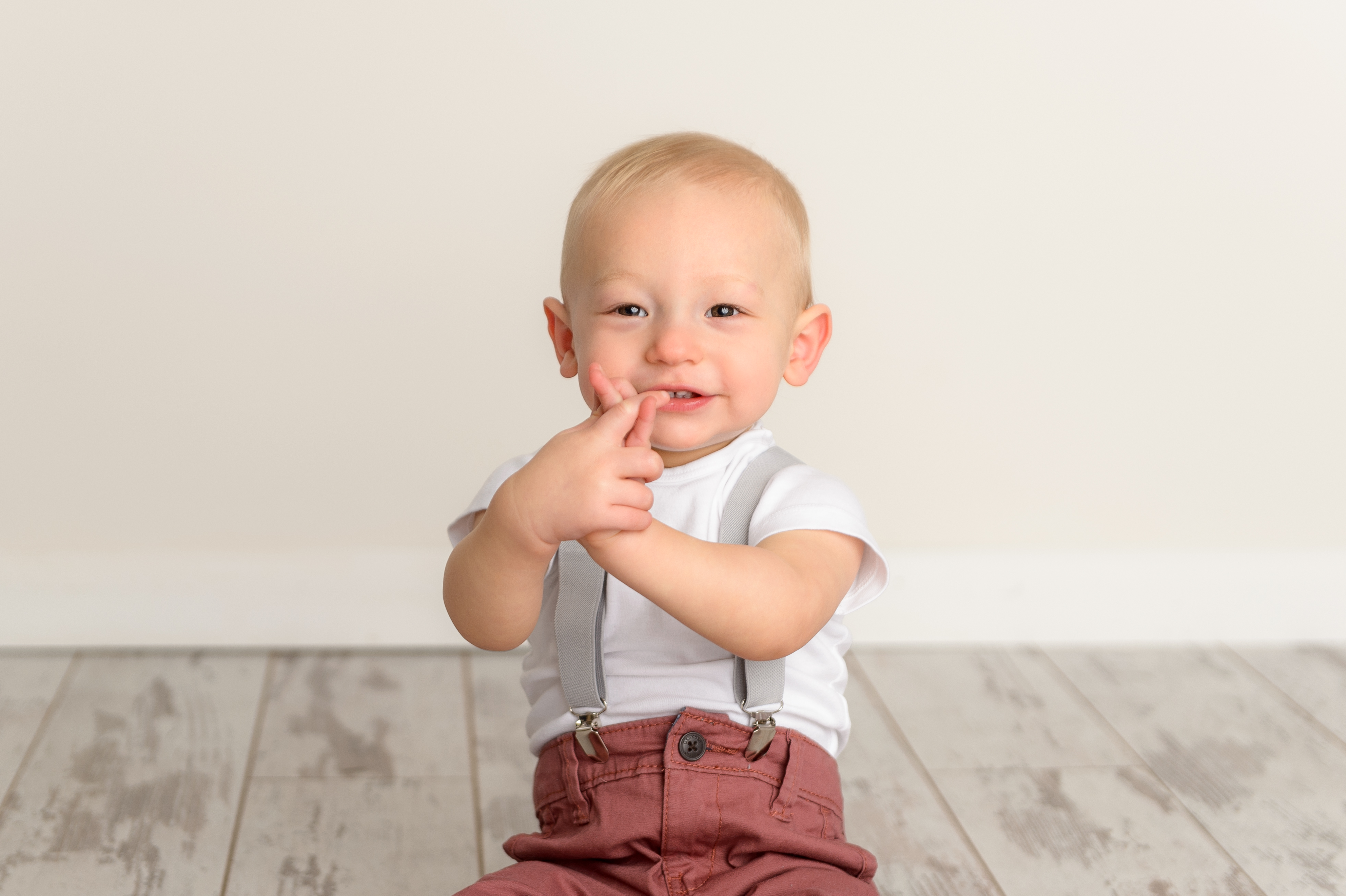 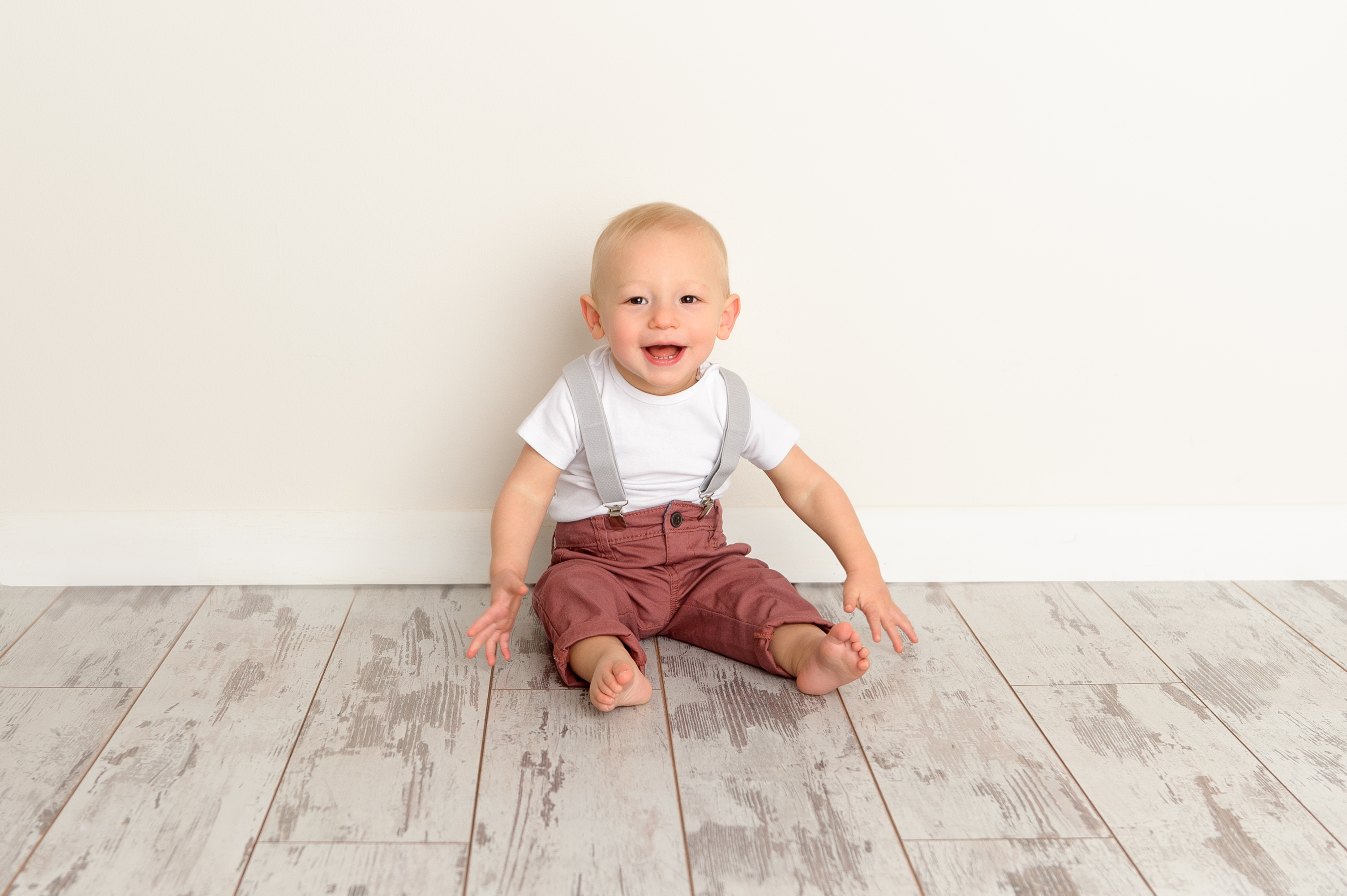 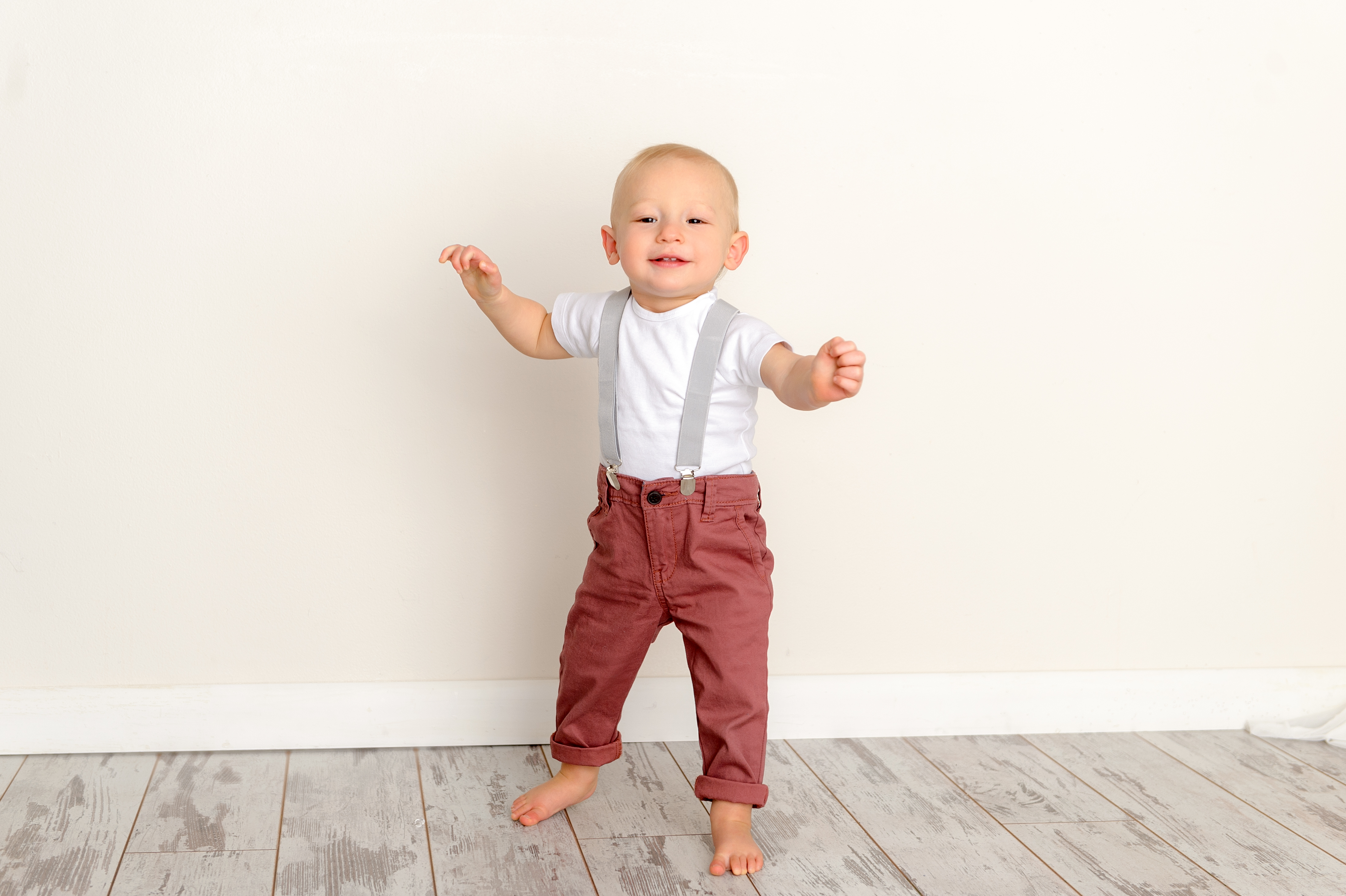 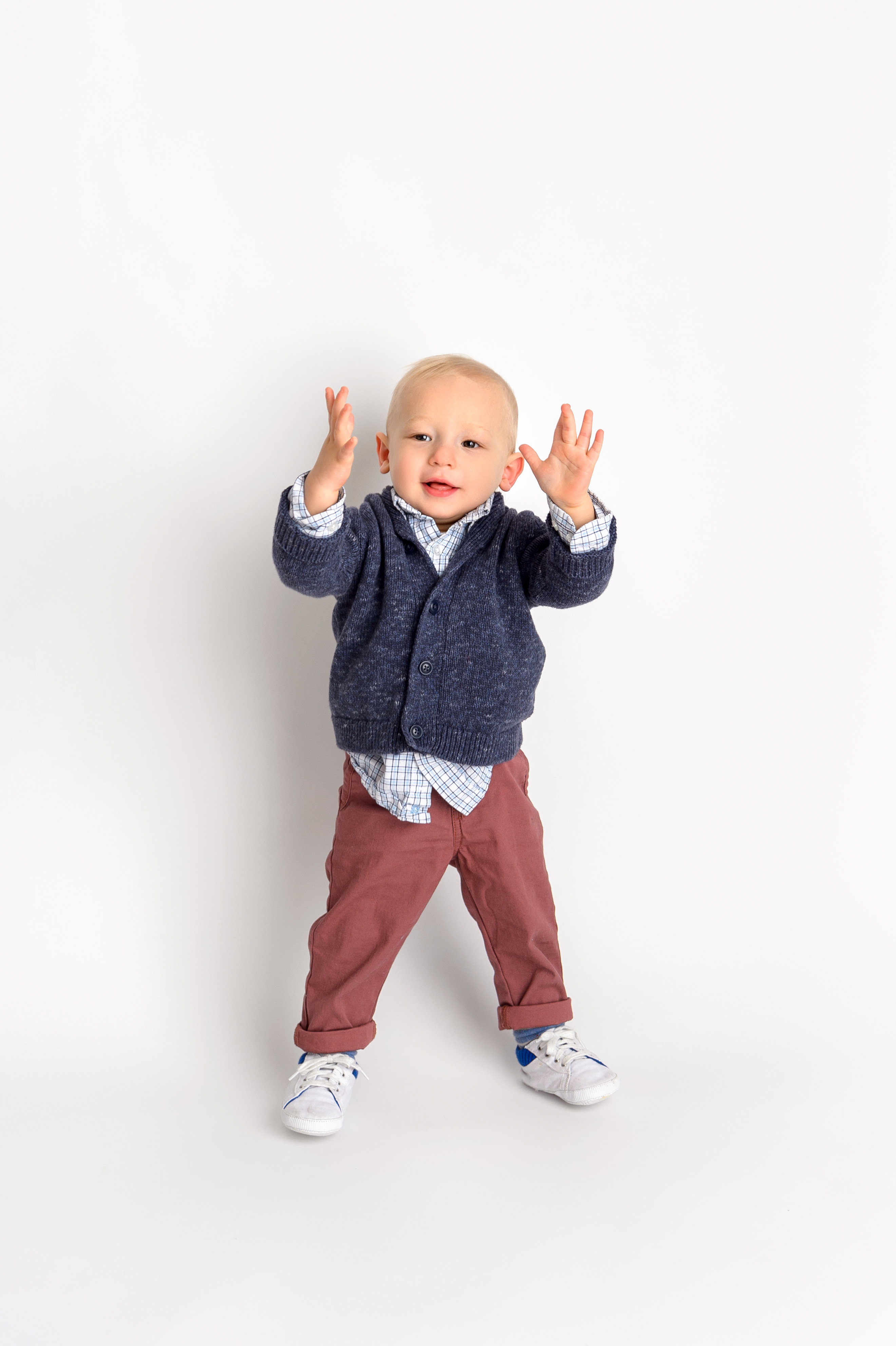 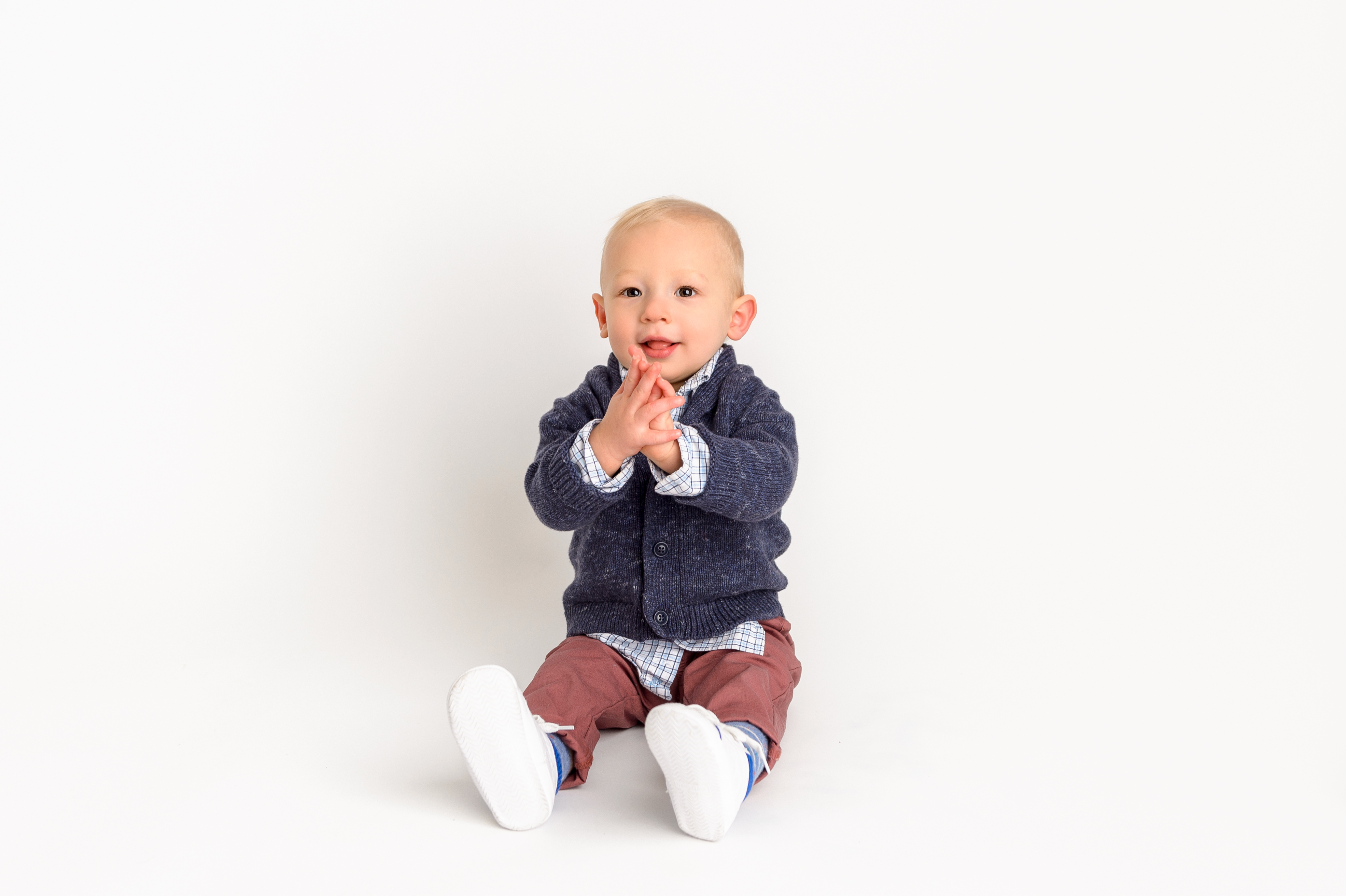 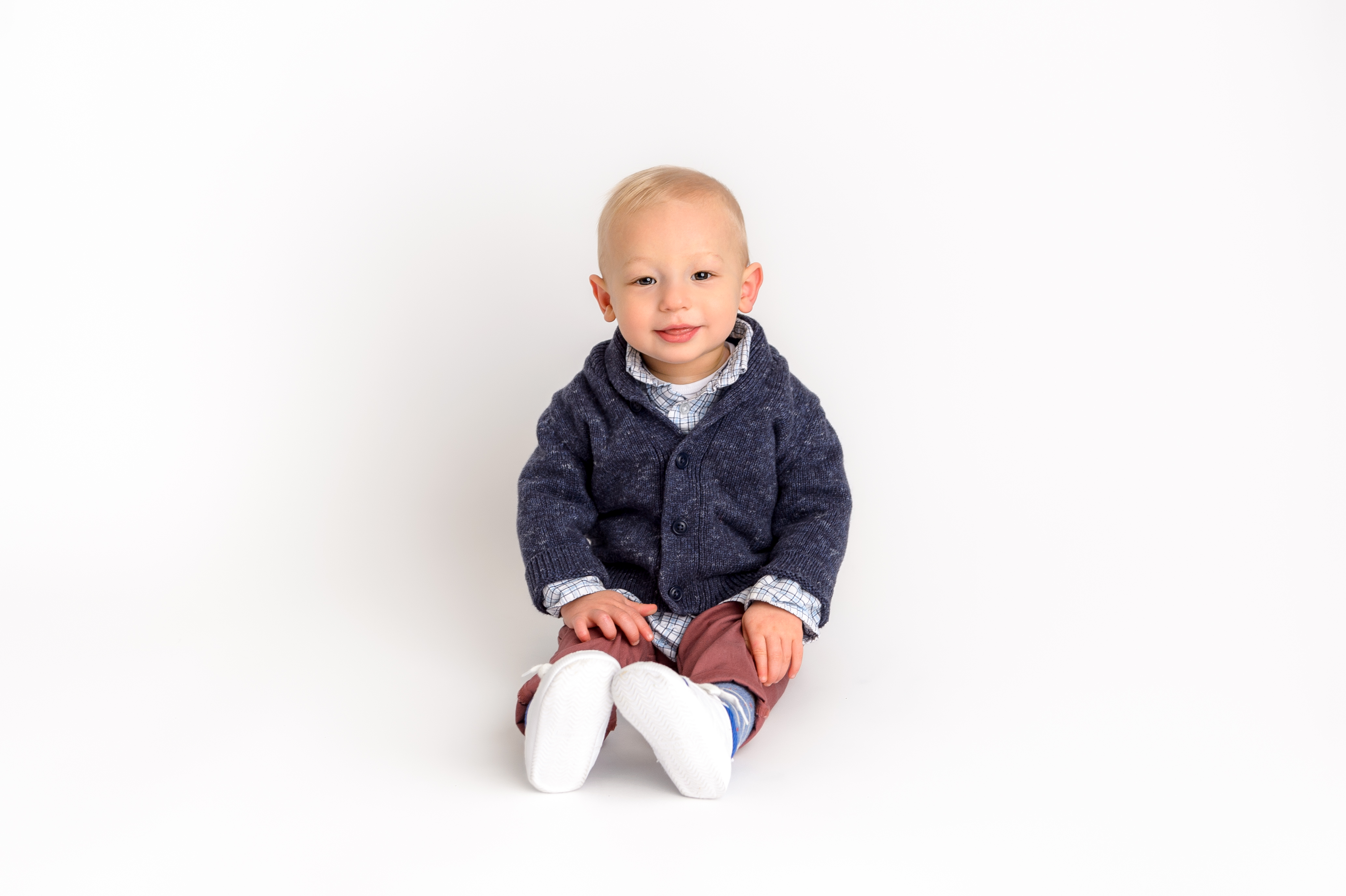 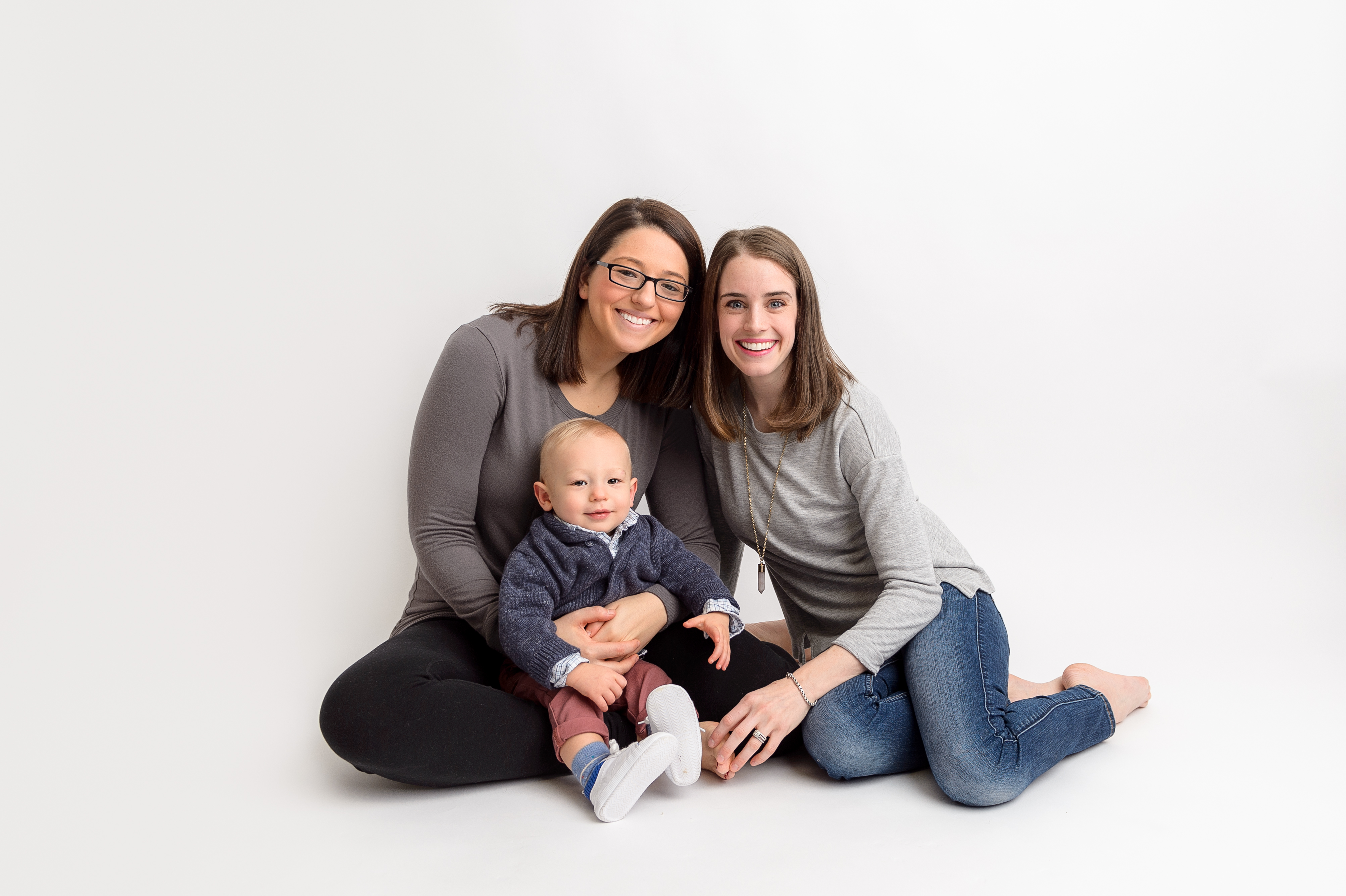 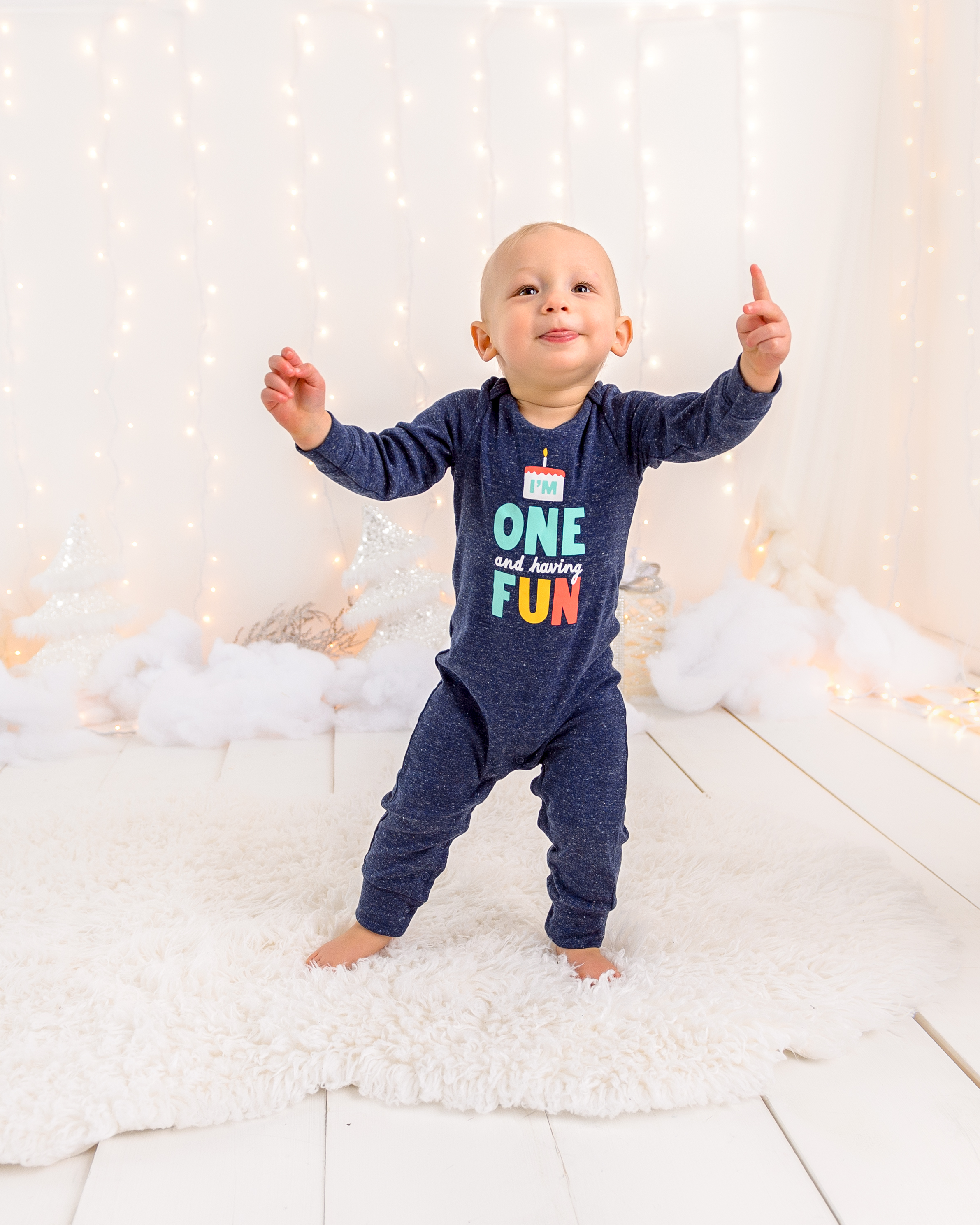 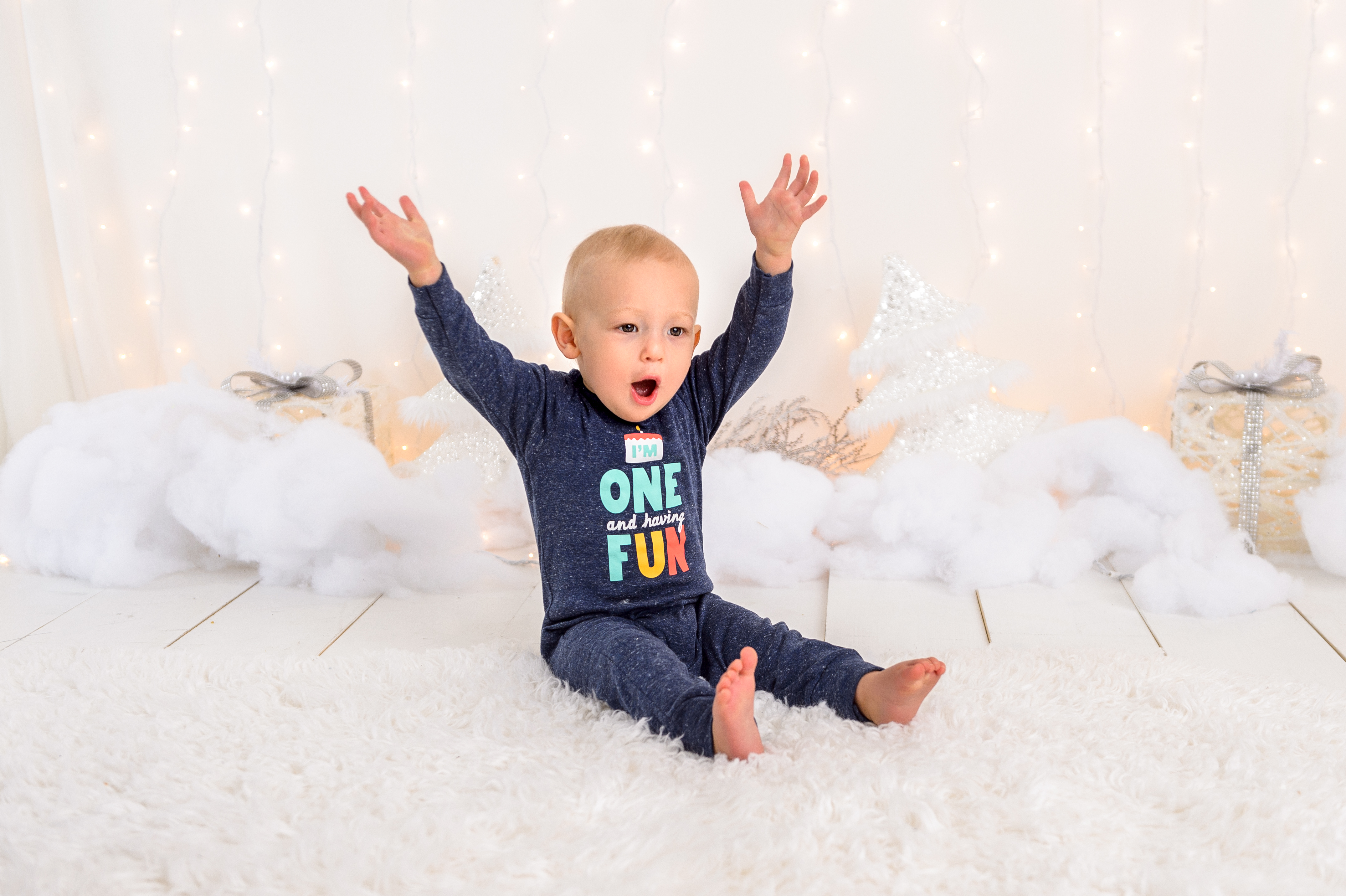