extended breastfeeding. I never thought I’d be THAT woman.

I’m not going to lie, I totally judged women who breastfed their toddlers (I also never knew that a baby technically becomes a "toddler" when they turn one year). I mean – you breastfeed babies, but kids who can walk – or even talk – that’s just weird. Then I became a mother. And I became THAT mother. 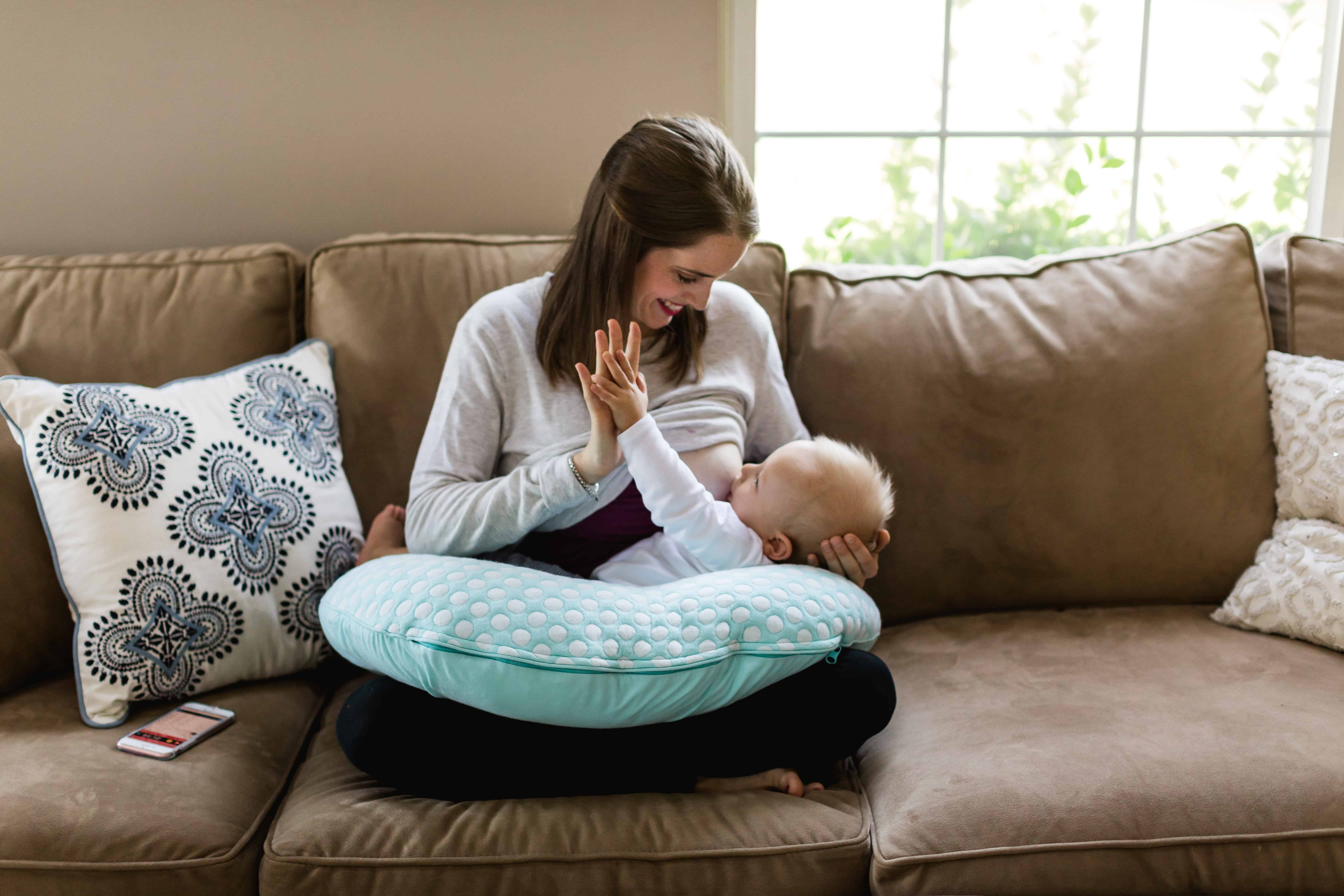 Before having a child, I had a completely different perspective on basically everything. I mean, you can’t truly understand the monumental responsibility of raising a child (or the fears + worries that come up) until you have one, so I don’t know who I thought I was judging other women. This new little being requires every bit of your attention and they don’t care whether or not it’s 2am – they’re hungry and they need to eat NOW or they just want to be held. And you can’t blame them – they’re these innocent little beings who NEED you to survive. And when you’re the one breastfeeding, it all falls on you. Sure, I did pump so my wife could give P a bottle sometimes, but that’s time consuming as well.
You also can’t comprehend the anxiety that arises when you go home with this little being knowing that it’s entire health + existence relies solely on you (and your partner, family, etc.). And then as they grow, new worries come up. But no matter what is going on, breastfeeding is a way to – in a way – protect your child. It allows you to pass on antibodies and give a balanced nutritional diet to your child. And to top it off, extended breastfeeding (nursing past the one year mark) "
has been shown to reduce the risk of breast cancer, ovarian cancer, rheumatoid arthritis, high blood pressure, heart disease and diabetes" (reference: Mayo Clinic). With so many things in life that you can”t control, why wouldn’t a mother want to breastfeed as long as possible?
When I was pregnant, I was committed to breastfeeding. I truly believe FED is best; however, if you can breastfeed (and not everyone can), then that is certainly best for your baby’s overall health + immune system. I was blessed that everything was smooth sailing in the beginning … and then it wasn’t (see here for a longer post on my early bf stages).
The struggles we had nursing, coupled with my anxiety, made things really hard for me. I was totally judging myself – saying that I wasn’t good enough, blaming myself for Parker not being able to fully nurse each session, that his health would be compromised … and it wasn’t anyones fault. It’s just HARD. Both of our bodies were adapting to something completely new and foreign. Of course there would be bumps in the road. But my anxiety had me catastrophizing everything. I found myself desperate to breastfeed because I didn’t want Parker having formula even though there’s nothing wrong with it (I had a combo of breastmilk and formula as a baby and I turned out pretty great!). I had it stuck in my head that breastfeeding was the only way and a big part of this is the pressure that society places on us as well as the pressure we women place on ourselves to be the "perfect mother". We put our children first, sometimes to the detriment of ourselves because we just want the very best for our children. I’m totally guilty of this. I need to remind myself that sometimes the best for my child is me taking care of ME. But I digress …
Traveling forward in time, my commitment to exclusively breastfeeding, despite how hard I was on myself, paid off. Parker is almost 13 months and we’re still going strong and I can’t imagine stopping. I eventually will because I want to stop before we have another baby (I know you can continue to breastfeed while you’re pregnant, I am, however, choosing not to).
So here I am, THAT mom with a toddler who is walking around and yet still nursing. He doesn’t seem to have any interest in stopping our current two-three sessions per day and neither do I.
So I leave you with this … are you really in a position to judge another woman’s choices; especially those regarding her + her child’s body? 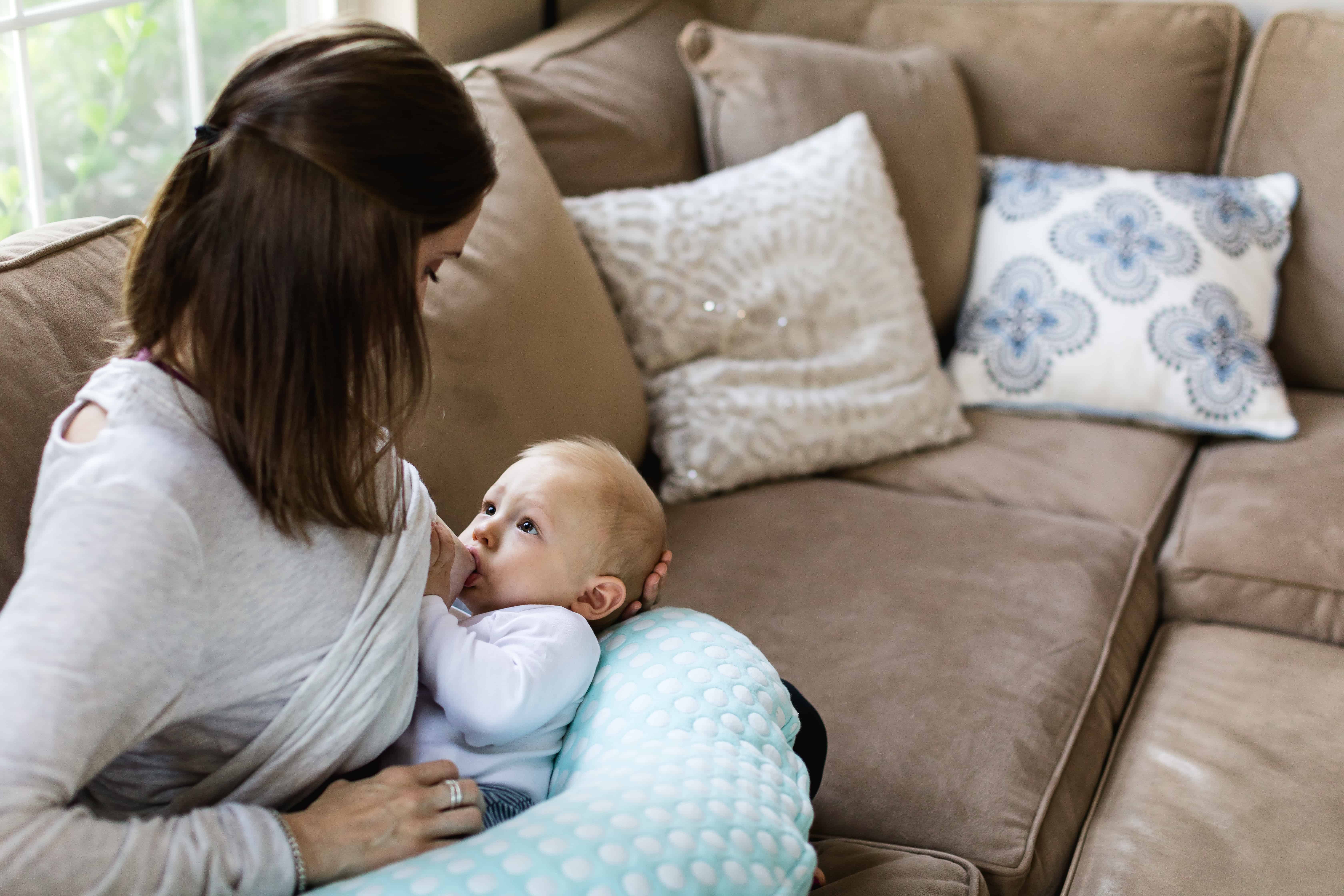