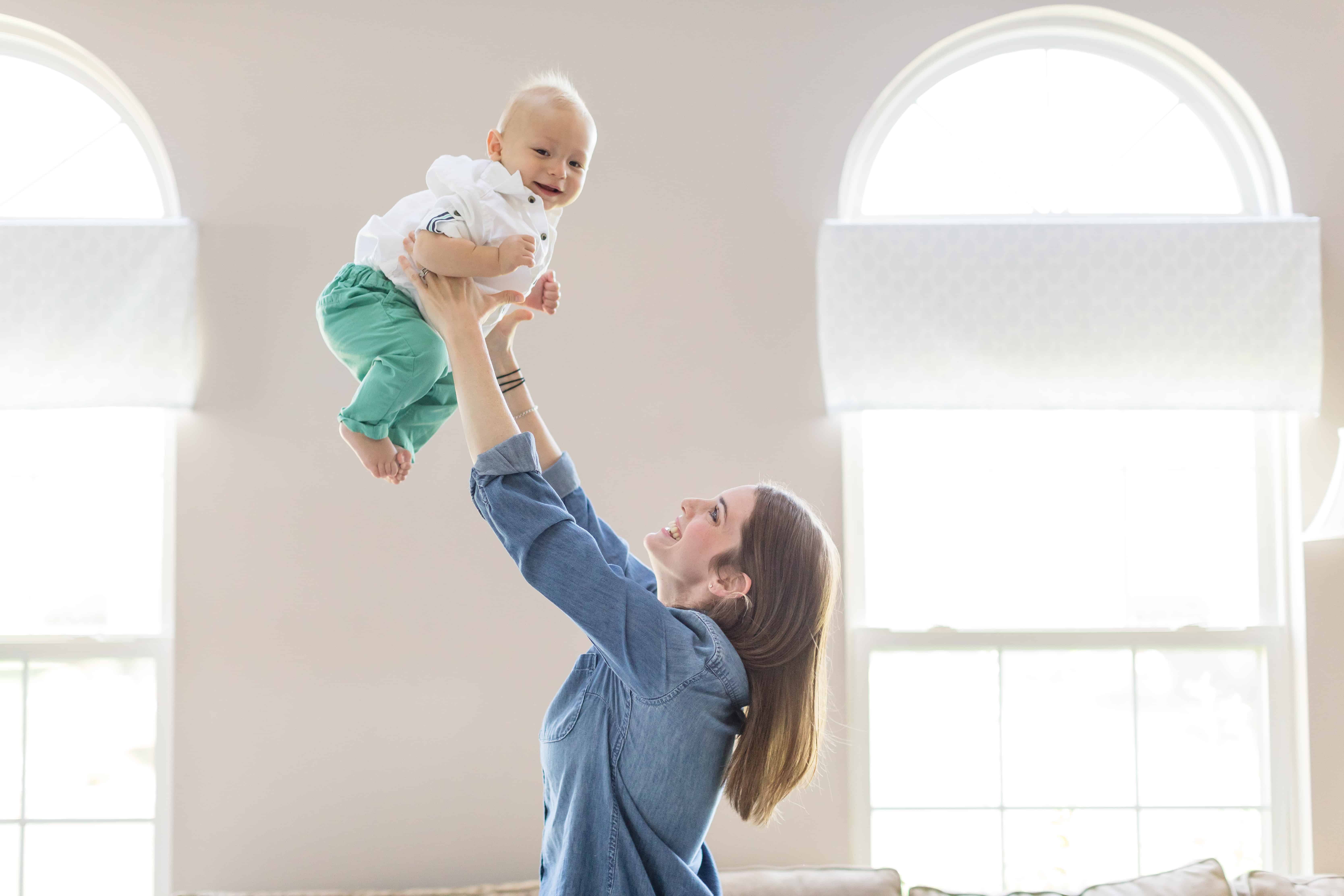 When I look back on my pregnancy, I LOVED it. That being said, Jordana likes to remind me that I didn’t truly feel that way while it was happening … ah well, I’m glad that I look back fondly since I’ll be doing it again!
As I previously shared in my posts about our fertility journey (part 1 + part 2), there were a lot of medications + needles involved. That certainly wasn’t fun, but it’s what kept our little Parker Pie growing + thriving. The first trimester was awful. I was so incredibly nauseous. I started feeling sick around 5 weeks and then at 6 weeks it was horrible. On top of feeling like I was going to be sick + feeling dizzy, I was exhausted – I was sleeping 14-16 hours per day. I just couldn’t stay awake. (cut to me bowing down in gratitude for having my own business + having the ability to sleep while still making money) Ladies, if you ever feel this way during pregnancy, ask for diclegis – seriously a LIFESAVER.
Second trimester was pretty awesome. Around 11 weeks, I started to feel like I had a lot more energy and the nausea was gone. I was going to barre3 classes 2 – 4 times per week and loving it. I was also loving my growing little bump. While one of my OB’s didn’t believe me, I swear I felt a flutter at 12 weeks (I was 98 lbs when I got pregnant and I had a posterior placenta, so the little baby was right up there where I could feel him!). We got a fetal doppler for home so we could find his heart beat and listen to it – the sweetest sound (funny story – for a few weeks we were listening to my heartbeat in my stomach thinking it was the baby’s … it’s hard! lol). Around 23 weeks, I started having braxton hicks contractions, which is pretty early to have them. I had no idea what they were at first but it felt like a lot of cramping. After two hours, I asked my sister-in-law about it (she has 3 kids) and she told me to drink a lot of water + lay on my side and if after 30 minutes they go away, it’s not real contractions, but rather BH. They went away pretty quickly, thank goodness, but it kept happening. Apparently, if you don’t drink enough water, they can come about, so I tried my best to stay hydrated throughout the rest of my pregnancy (warm baths also helped stop them).
Third trimester, I had a lot of back pain. As mentioned, i was super tiny when I started and by the end, I had gained 40 lbs, which is totally healthy for someone my size, but as you can see, it was ALL belly, so it put a ton of pressure on my low back. (insert daily – sometimes twice – lavender salt candlelit baths + weekly massages) 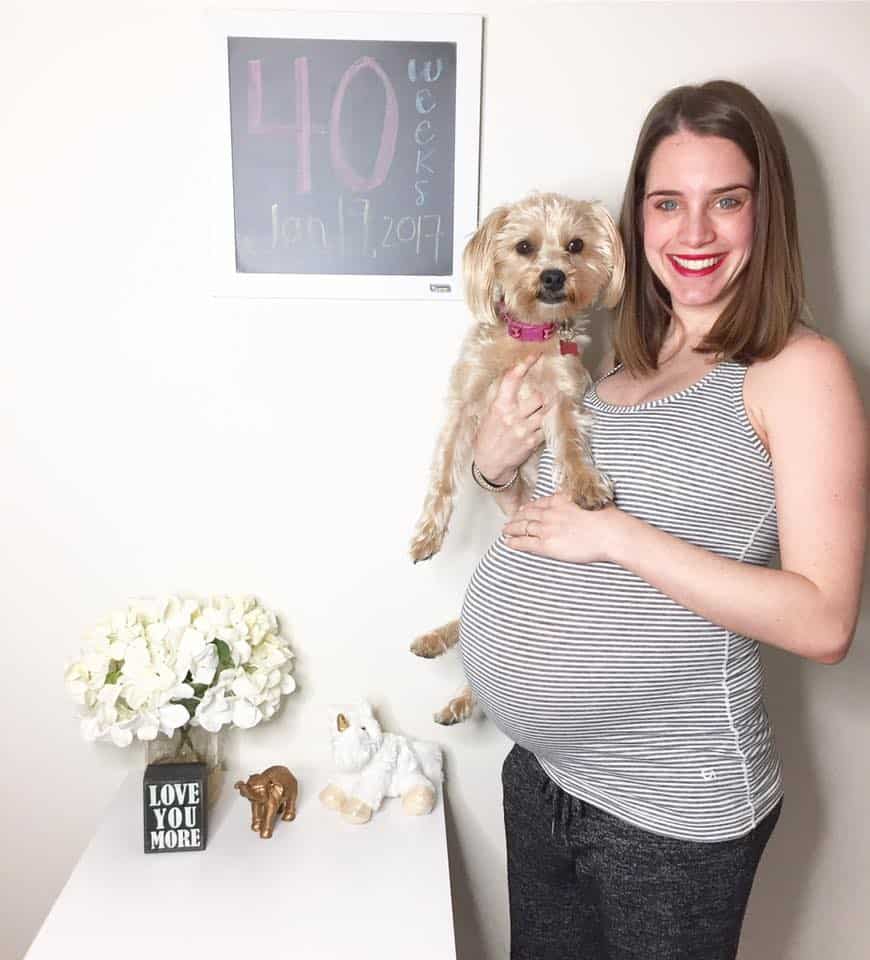 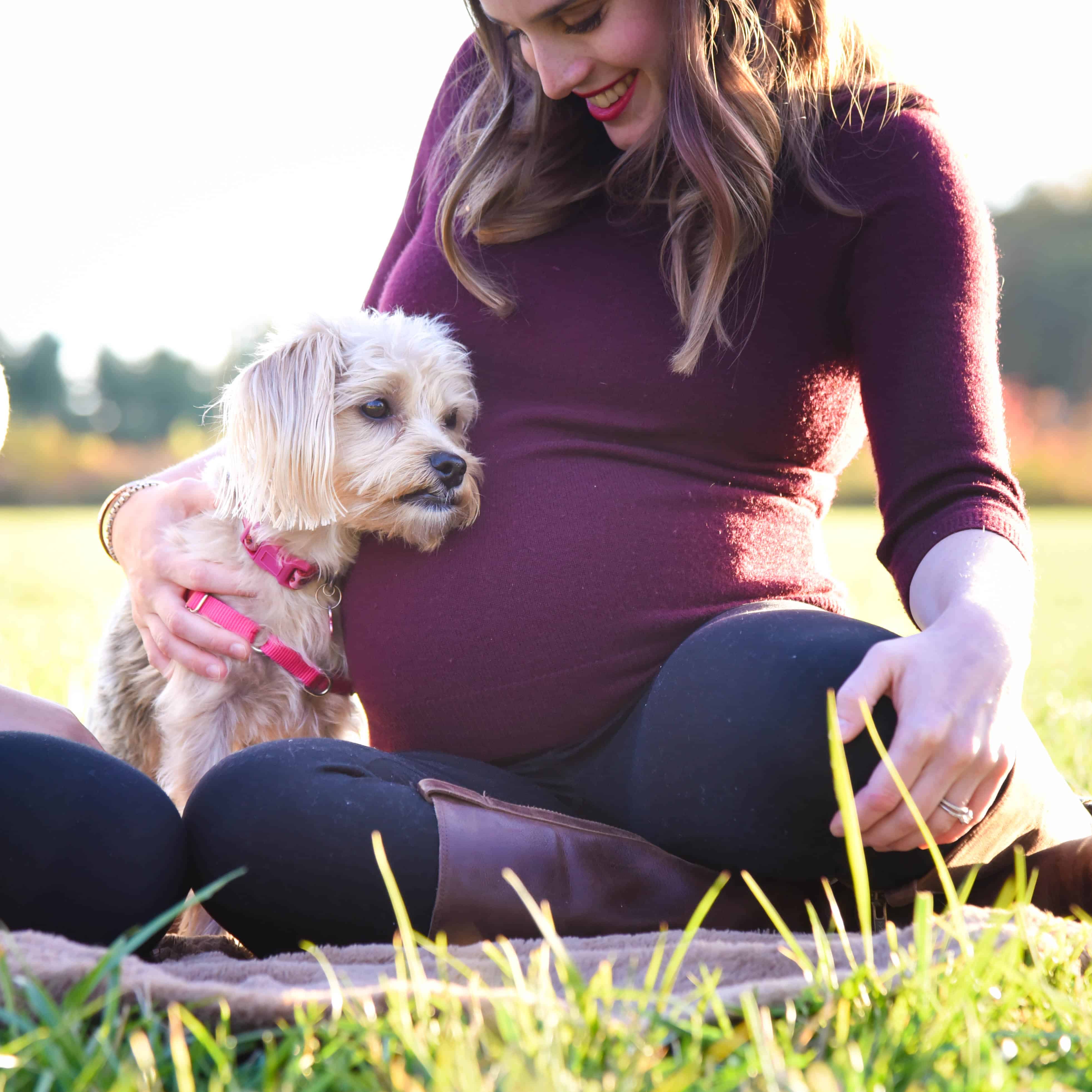 Cravings – I didn’t have anything weird but I never denied myself something if I wanted it:
First trimester: bagels (to the point where I would have to get in the car and get them immediately), pancakes (Jordana one time made me a batch of mini ones – she had 4 pans going at once and made at least 30 of them … I enjoyed them for days), pizza (Amy’s frozen – yum), apple cinnamon cheerios (I would eat bowls full – for months after, I couldn’t eat them).
Second trimester: buffalo chicken, avocado + red meat (I had a period of a few weeks where I was eating like a teenage boy – I couldn’t get full! It was pretty awesome).
Third: nothing notable. Although I did love eating mini chocolates while taking my warm baths (hey, it was Halloween time) LOL
What was notable was that I was not craving sweets at all and I am a huge ice cream person! I didn’t want it … I preferred real food – so I wasn’t surprised when we found out it was a boy!
In many ways, pregnancy was nothing like I thought it would be. I’m not exactly sure how I pictured it would go, but it was hard. From the exhaustion to nausea to back pain – and don’t get me started on labor – it was intense. Now, I LOVED having my belly and having people smile and ask when I was due (I’m a big extrovert). I adored feeling him move around inside my belly and I felt so magical. I was never more in love with my body and myself for creating this precious miracle. But those 40 weeks were long. Those last few were an eternity. I’m a big planner and not knowing when he would show up really wasn’t good for my anxiety or OCD. Due to complications with Parker’s delivery, I’ll have to have a c-section next time, so at least it will be planned!
Parker has now been out longer than he was in and I can’t even believe it. It’s so true what they say — it goes so fast but it feels like they’ve always been here. I love being a mom!!!