I’m the type of person who needs a project. I’m super Type A and always have to be focused on something (usually obsessively). So naturally, I started planning Parker’s first birthday party MONTHS in advance. 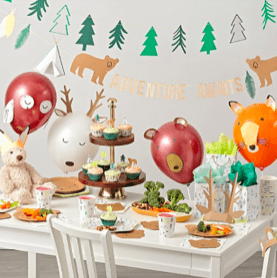 Originally, we wanted to do a peanut butter + jelly theme since Parker’s initials are
PBJ. We even bought cute Peanut Butter and Jelly shirts for J + I to wear. Buuuut when looking up decorations, there really wasn’t much we could do. That’s when my sister-in-law suggested "one happy camper" as a theme because Parker is always happy. Much to my wife’s dismay (I kid, sort of) this idea took off ironically, I’ve never been nor will I ever go camping – I’m terrified of bugs)!!!! It began on Land of Nod with some simple Meri Meri decorations (I am now obsessed with all things Meri Meri – their cupcake sets are to die for). Some cute little woodland themed balloons, banners, plates, cups + napkins.
With a guest list of nearly 115 (I have a big family and this number did include kids – a lot of kids!), having it at our community clubhouse was out of the question (who has a party for only 40 people??? LOL), so my in-laws were gracious enough to offer to host in their home and have it catered with their normal catering company. And so the Pinterest party began. Buffalo plaid, s’mores, bears, placecards, felt fire, hot chocolate … my mind was buzzing with so. many. ideas.
Fortunately, one of my amazing mama friends is a craftaholic and helped make a bunch of the decorations and I got quite crafty myself. And since the party was at my in-laws, I was able to start taking things over and decorating a week in advance. Let’s just say, I went a little nuts. Their beautiful home was transformed with balloons and streamers and campy decor.
Food:
PBJ bar, naturally, for our little PBJ – included almond butter + nutellas’mores bar – what would a camping adventure be without s’mores? (like I know what I’m talking about since the closest I’ve been to camping has been sleeping on the trampoline outside my house)hot chocolate bar – peppermint stirrers, anyone?omelette stationtrail mix barbear poop (chocolate covered raisins)firewood (pirouline cookies)ants on a log (celery + cream cheese with raisins)creme brulée french toast (bc delicious)camping under the star cookies (and other cookies!)vegan cupcakes + cake
At 11:49am – the exact time he entered this world one year ago on January 21, 2017 – we sang him Happy Birthday. He looooooved his chocolate cupcake, as you can see. It was such a joyous event. I thought I would be more of a mess but I think I had been so busy decorating and stressing about the party that I didn’t cry at all! I did, however, come home and pass out for an hour! 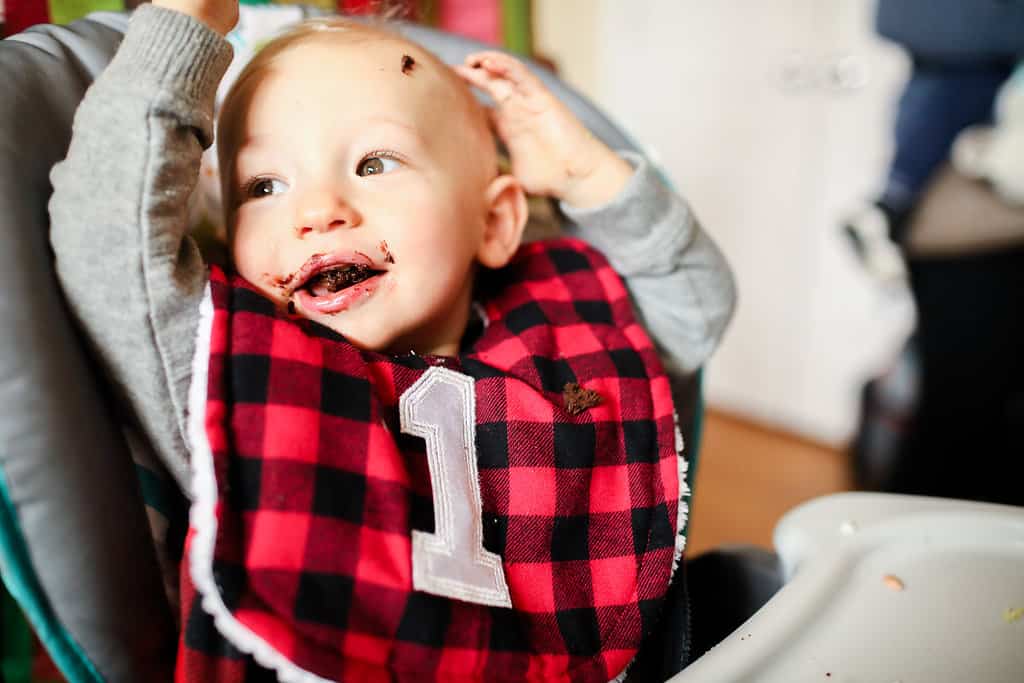 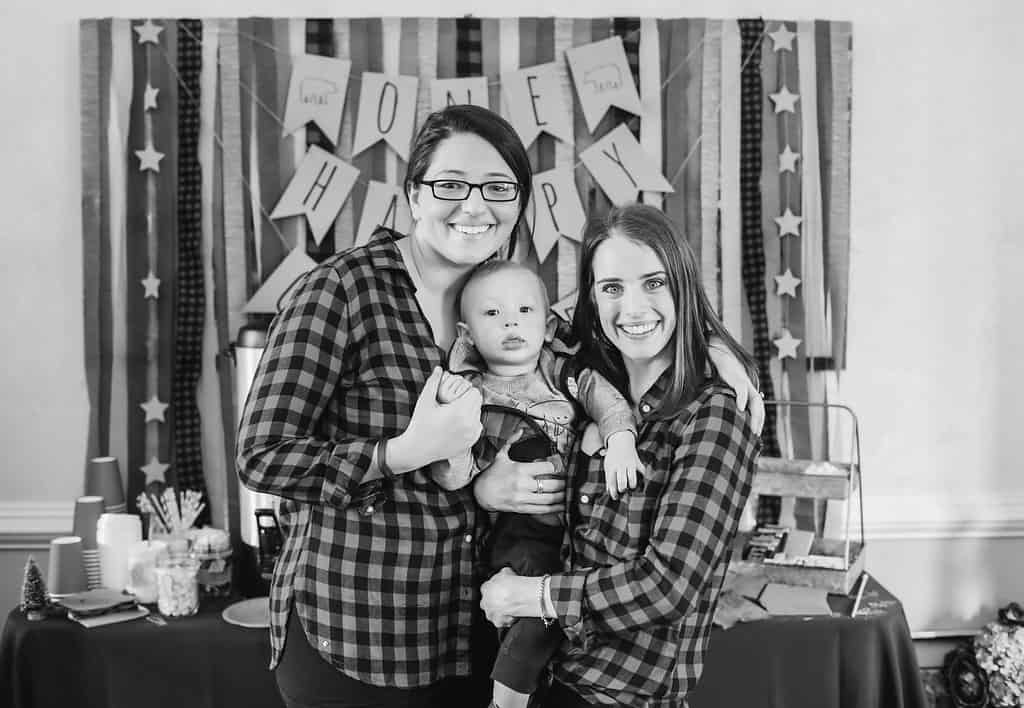 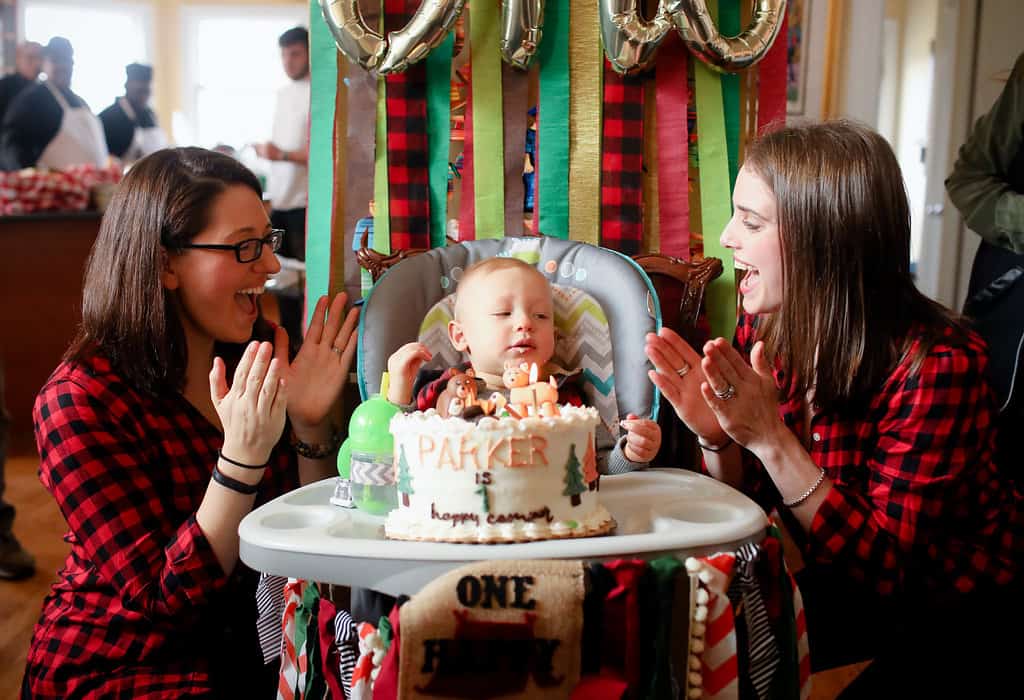 Everything turned out perfectly – celebrating out greatest joy with our closest family + friends. It was just what I pictured, imagined + hoped for. To top if all off, my amazing wife gifted me with a three hour spa package to a super nice spa to thank me for bringing Parker into the world (you know, since I was the one who did all the work on his actual birth day lol).
Some snapshots from the day: 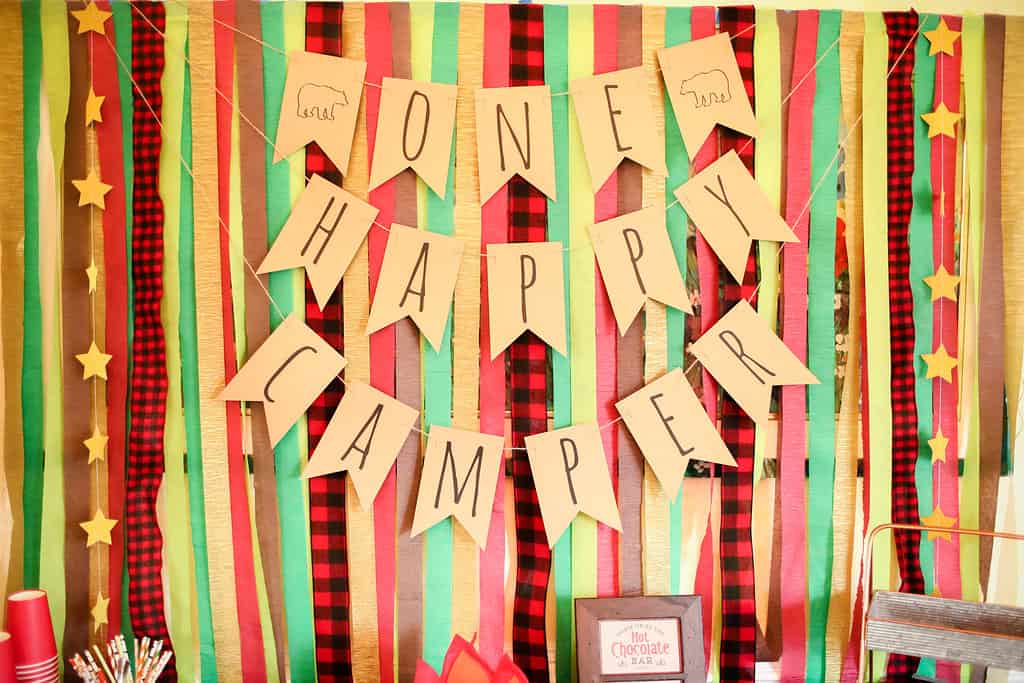 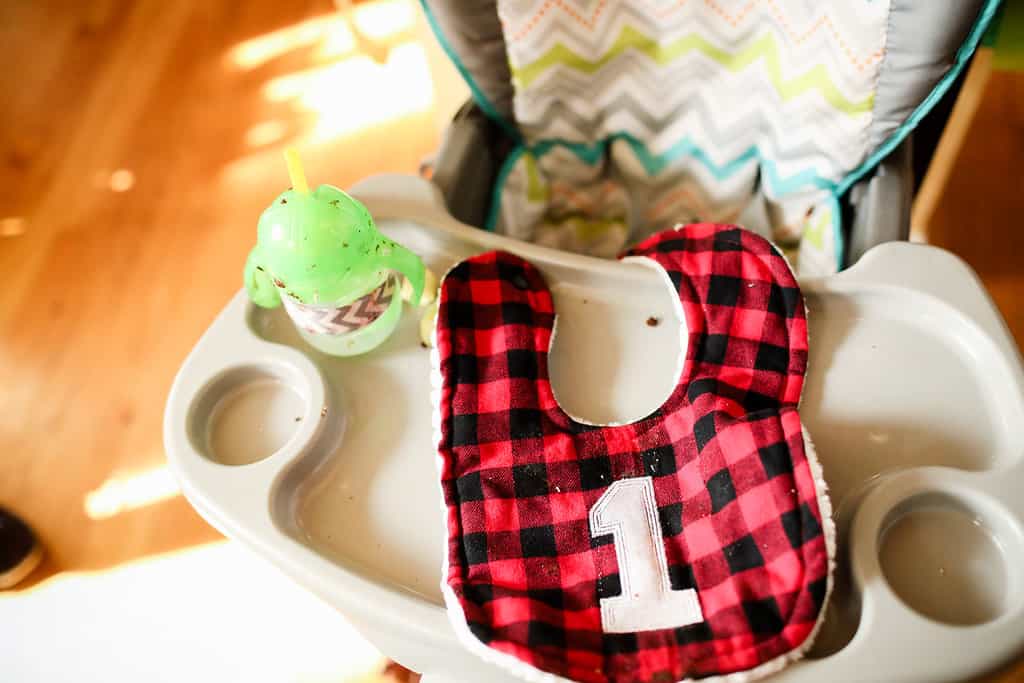 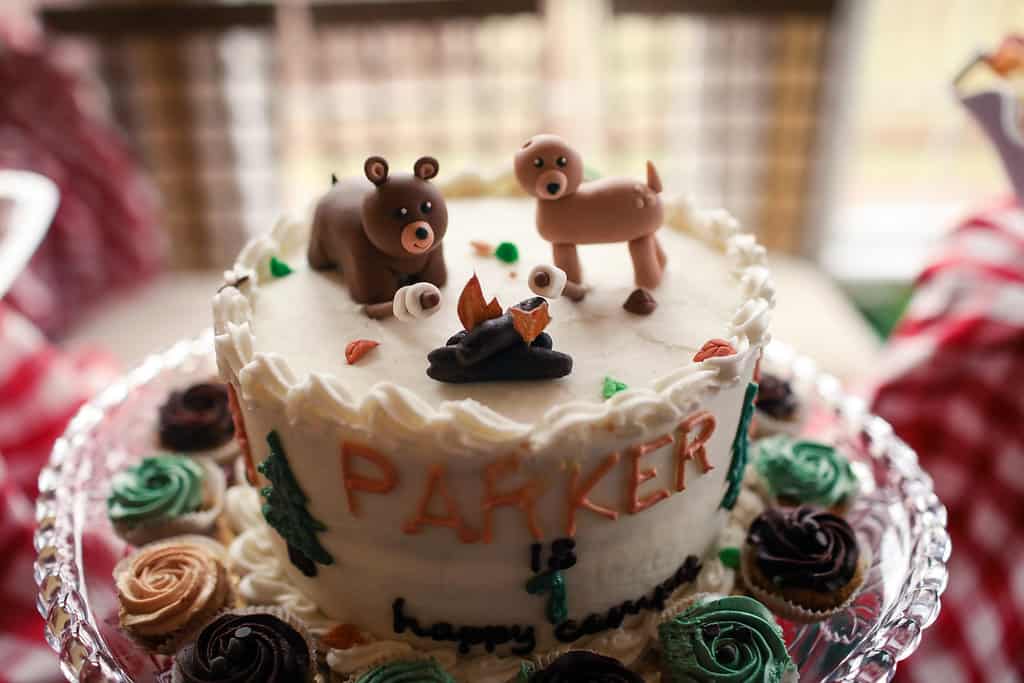 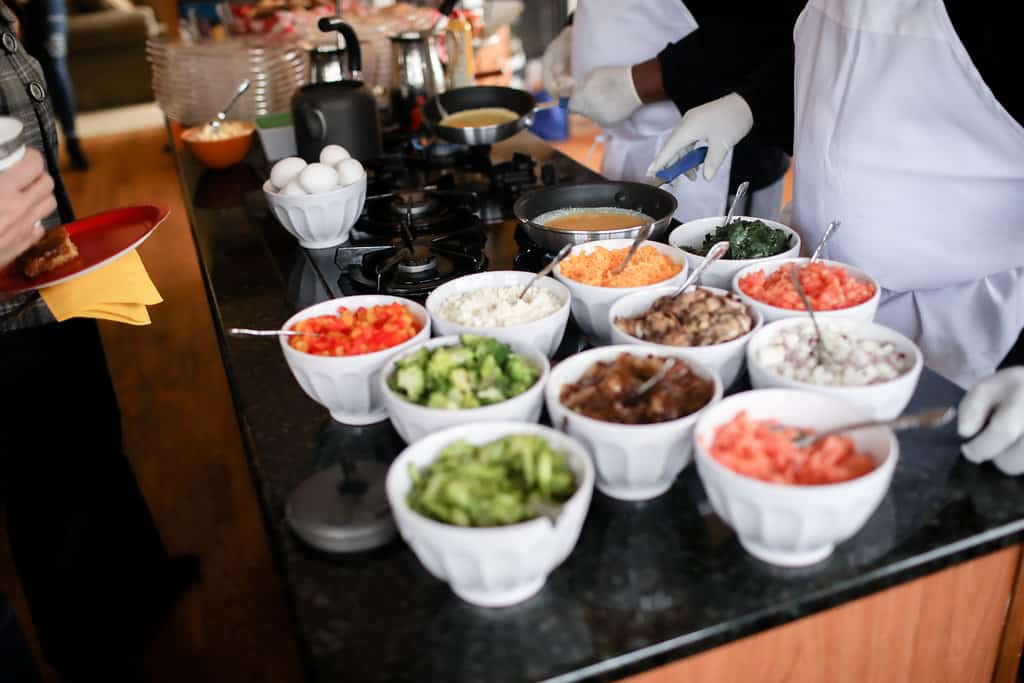 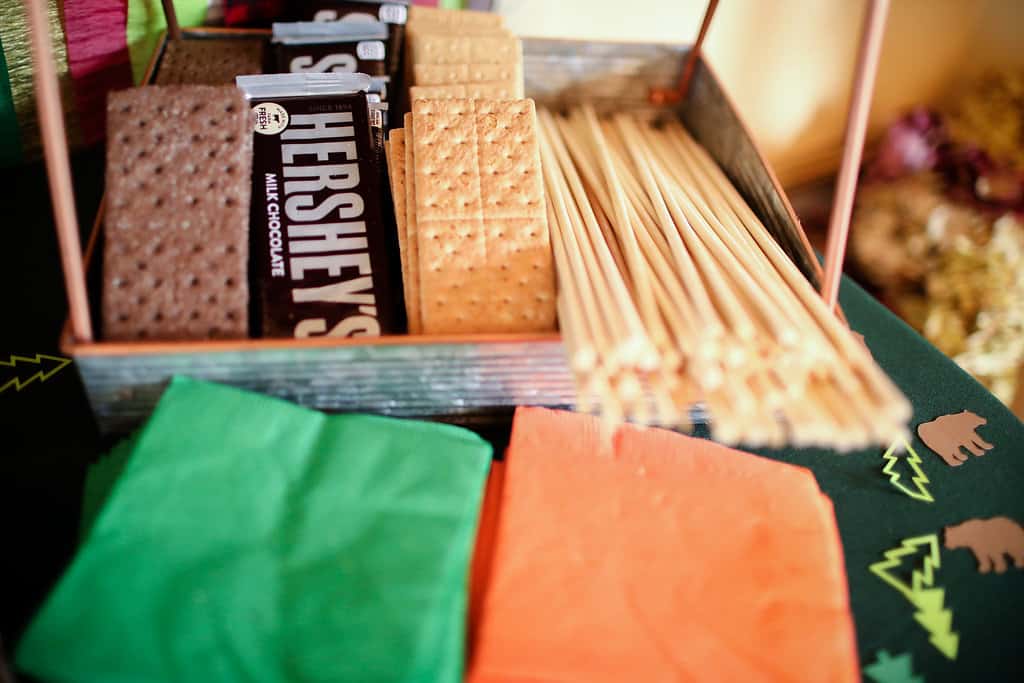 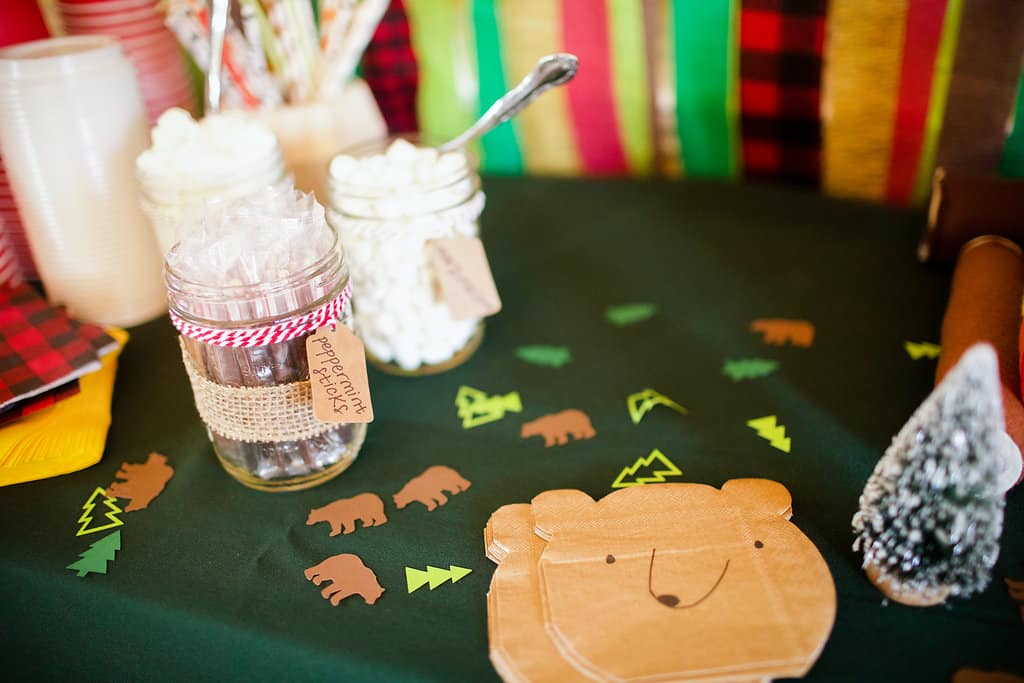 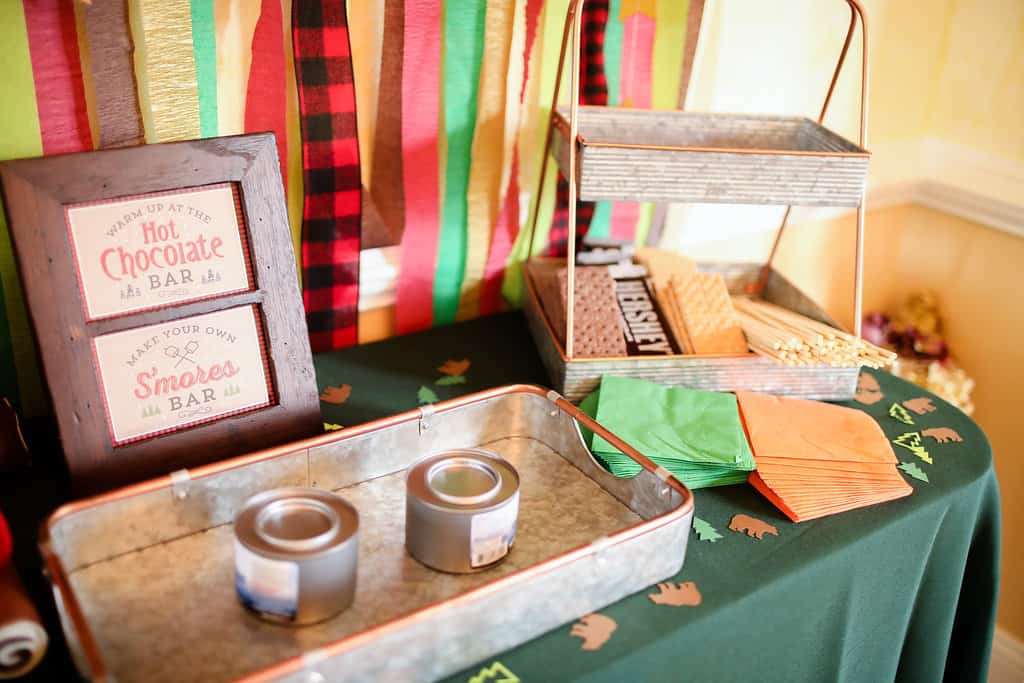 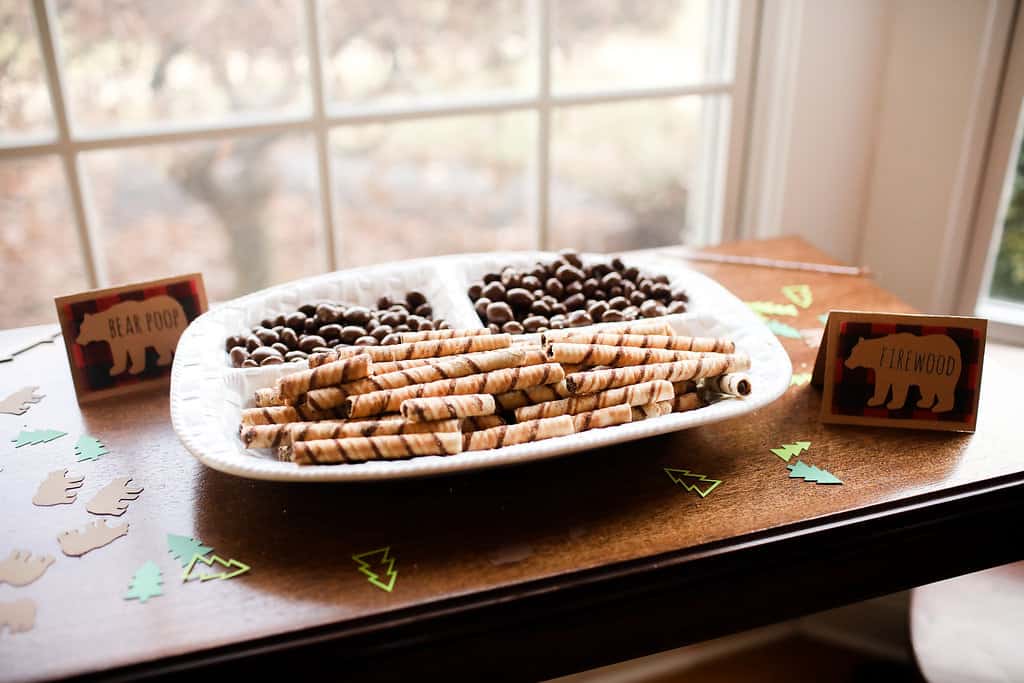 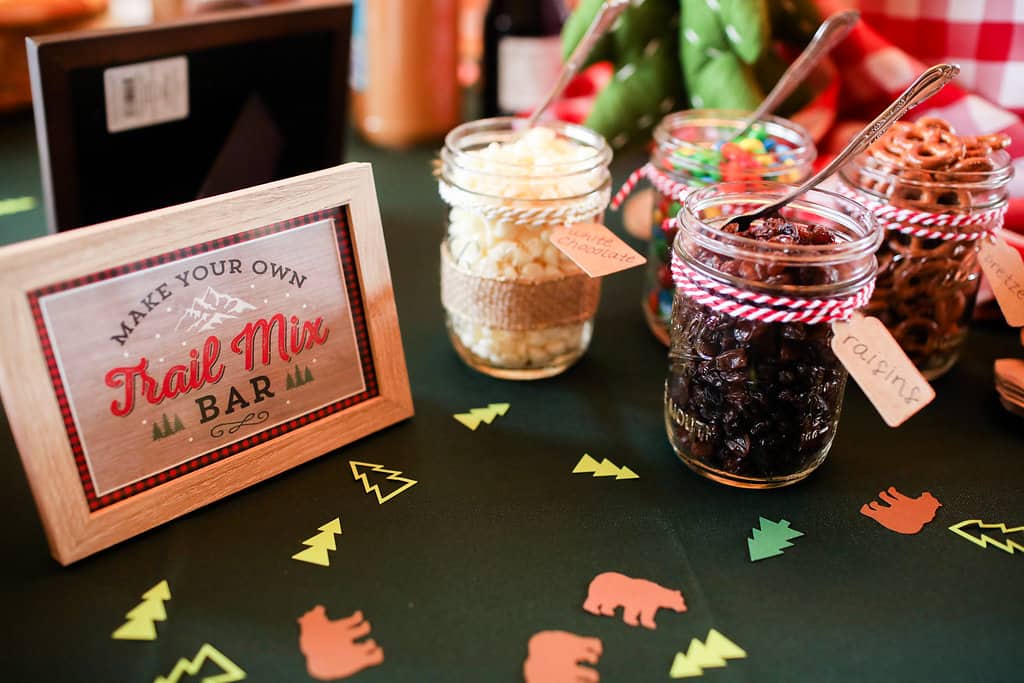 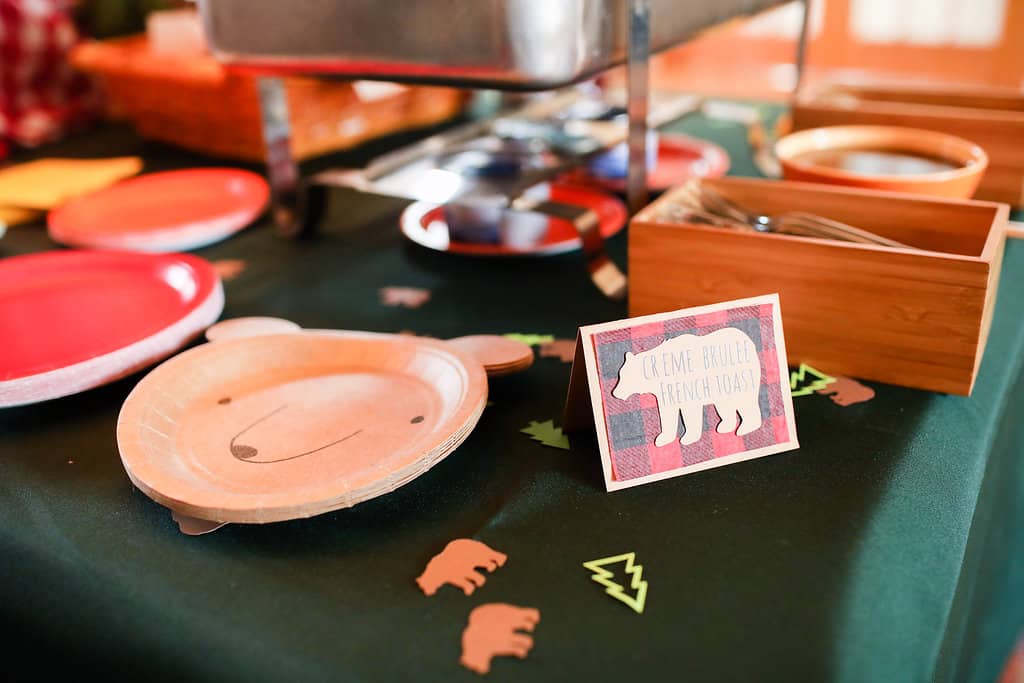 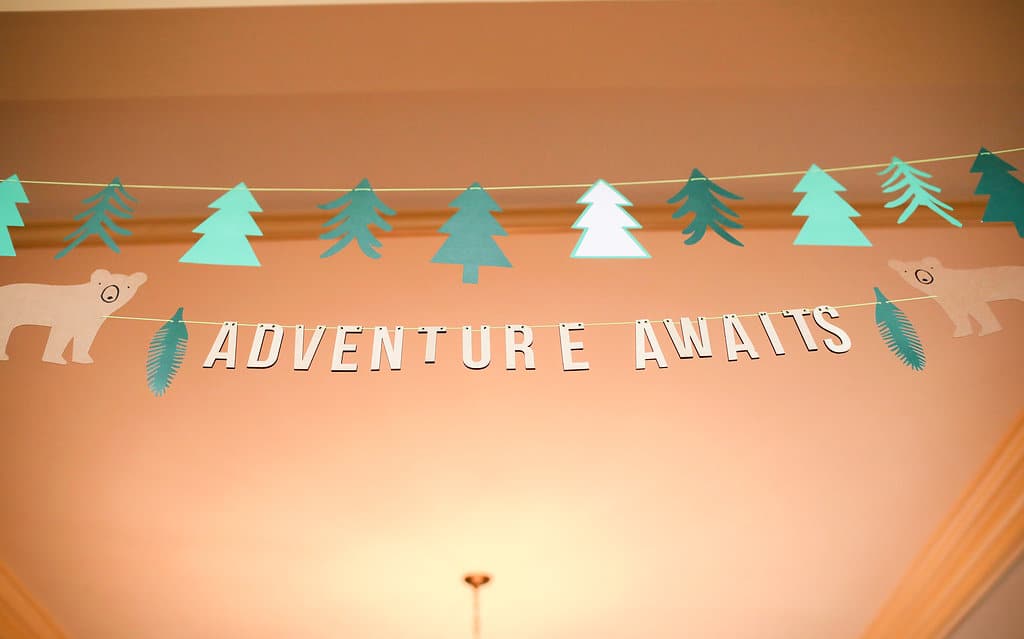 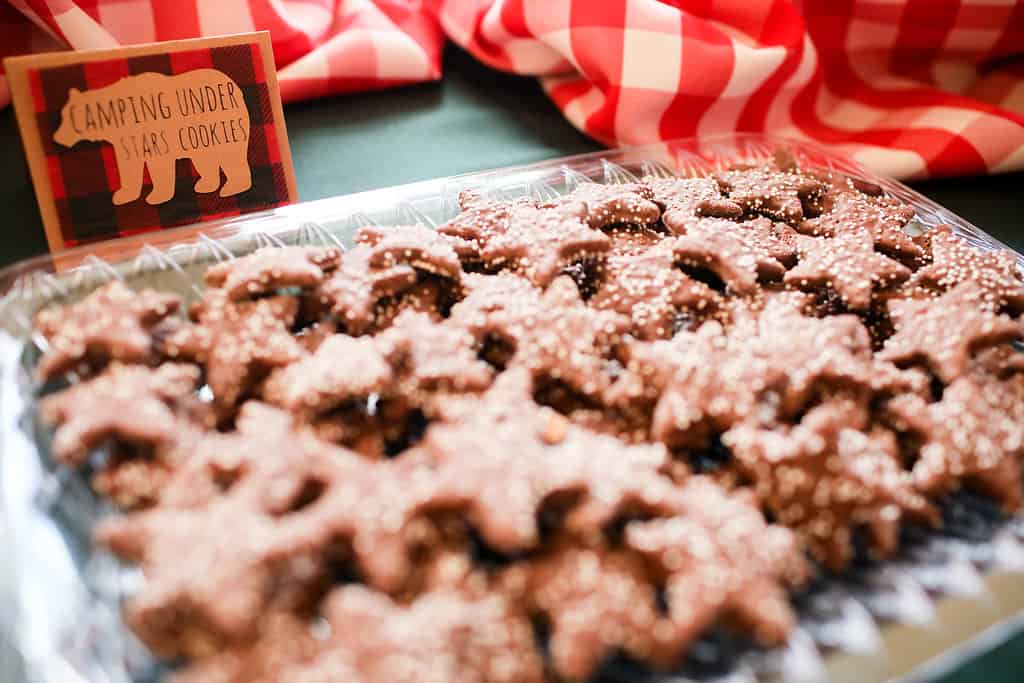 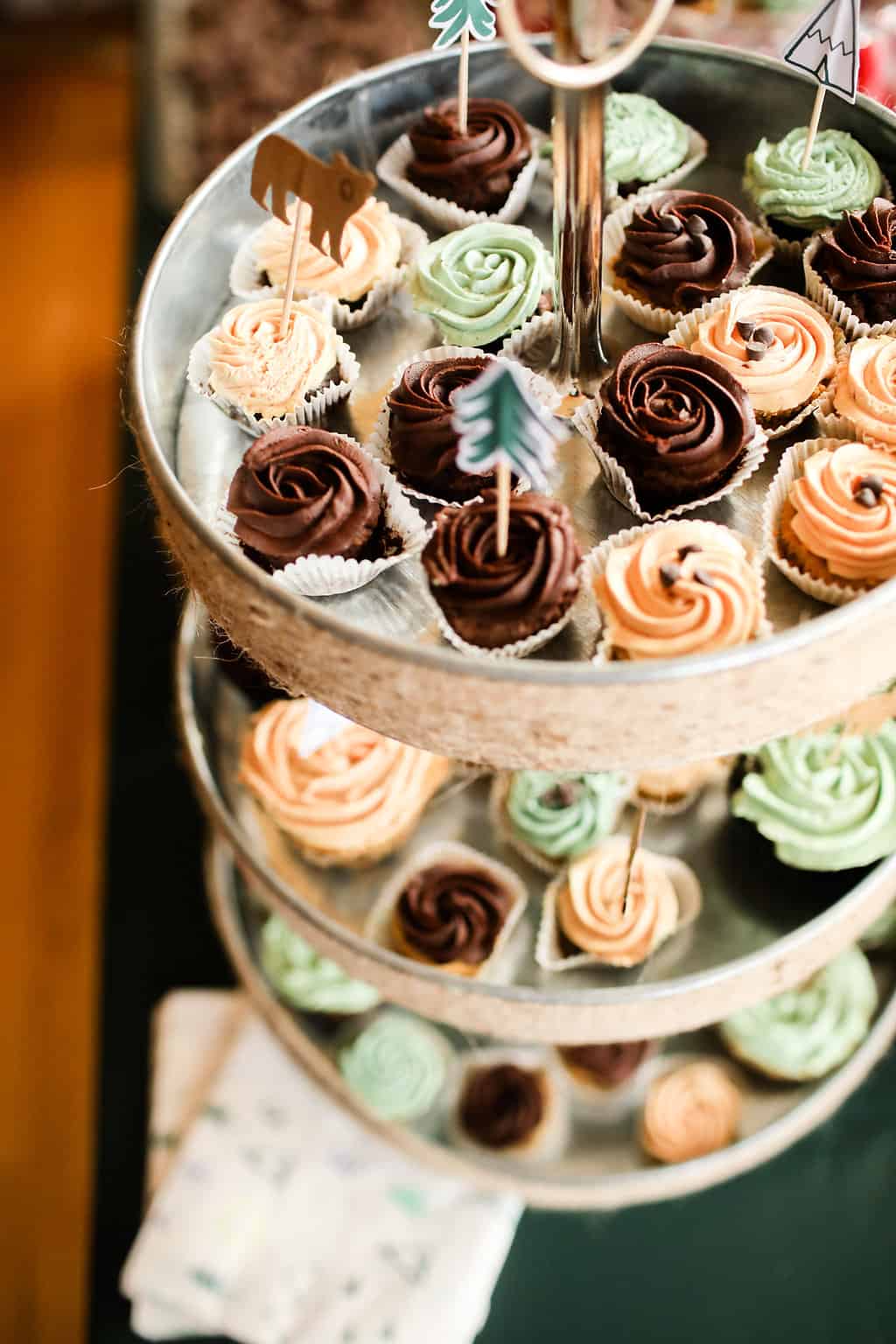 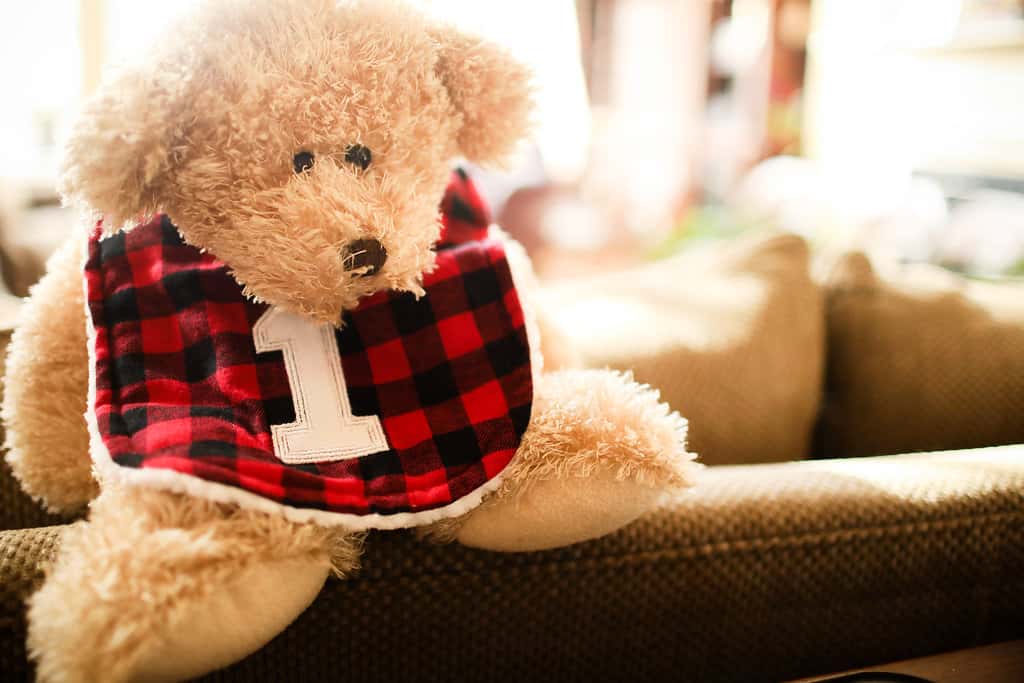 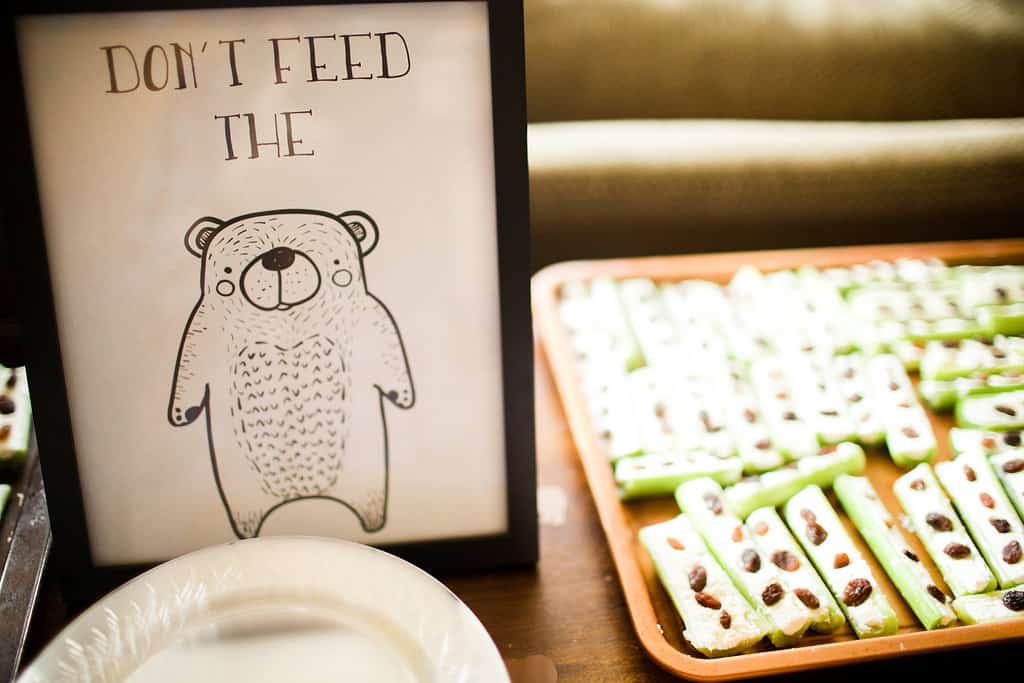 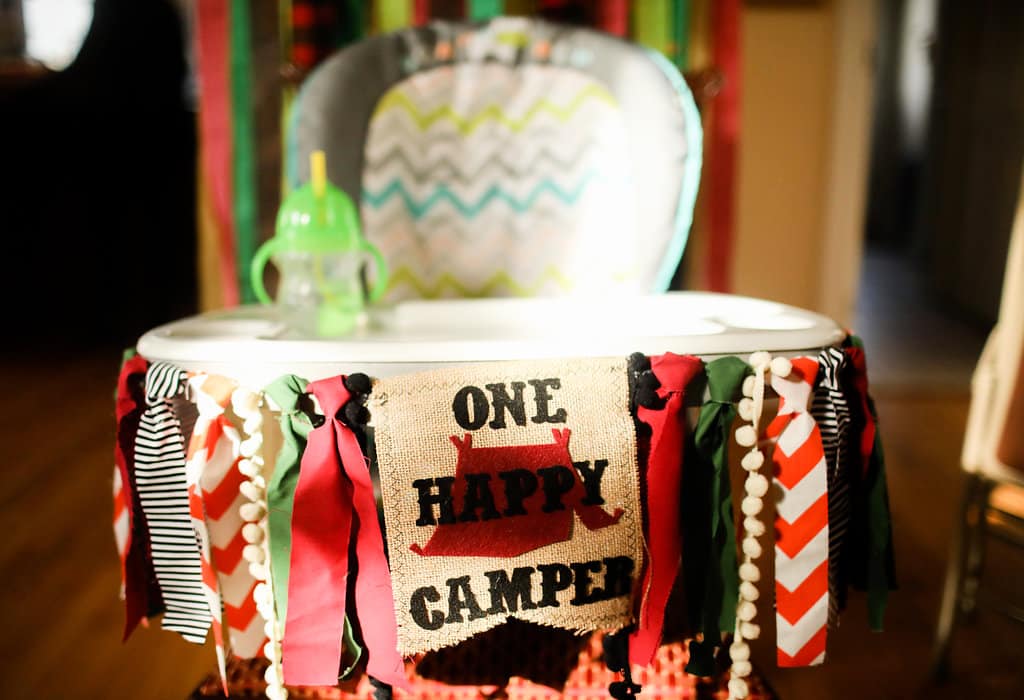 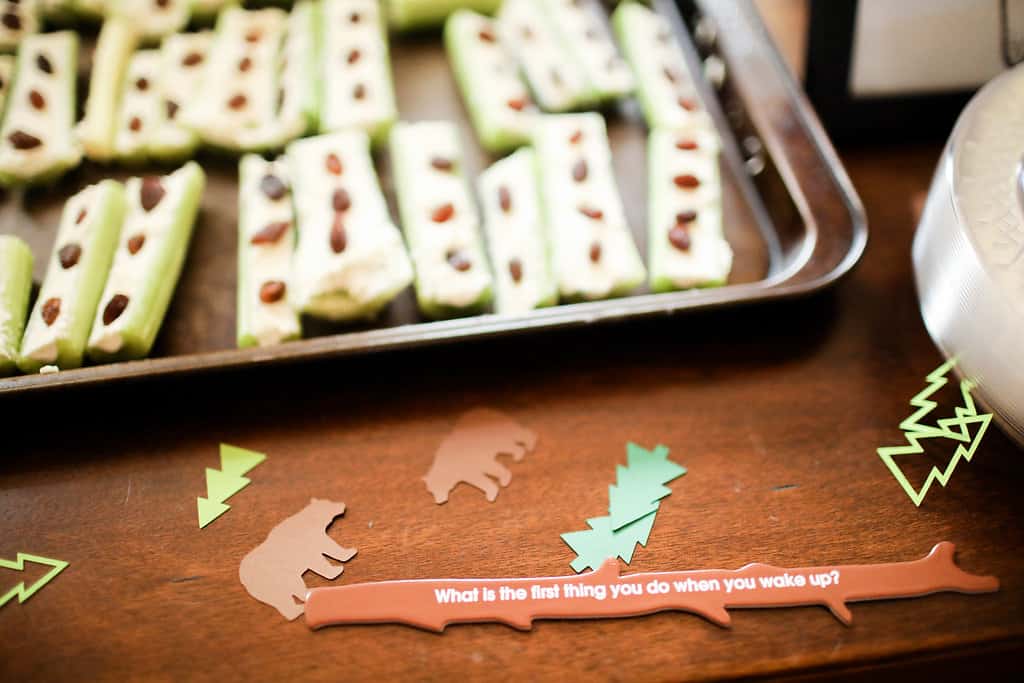 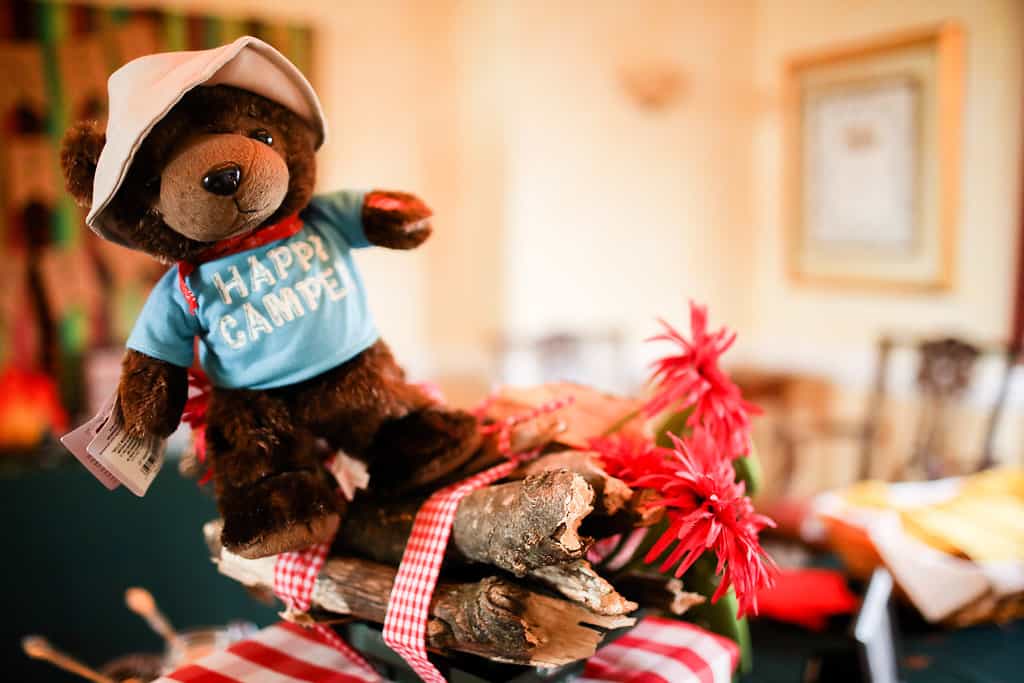 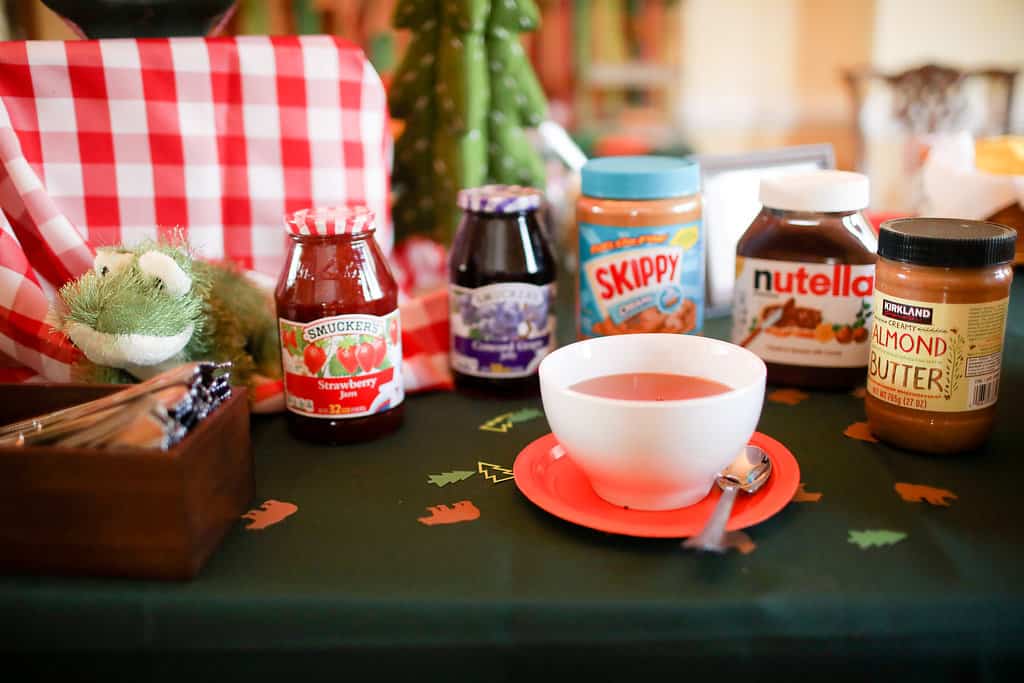 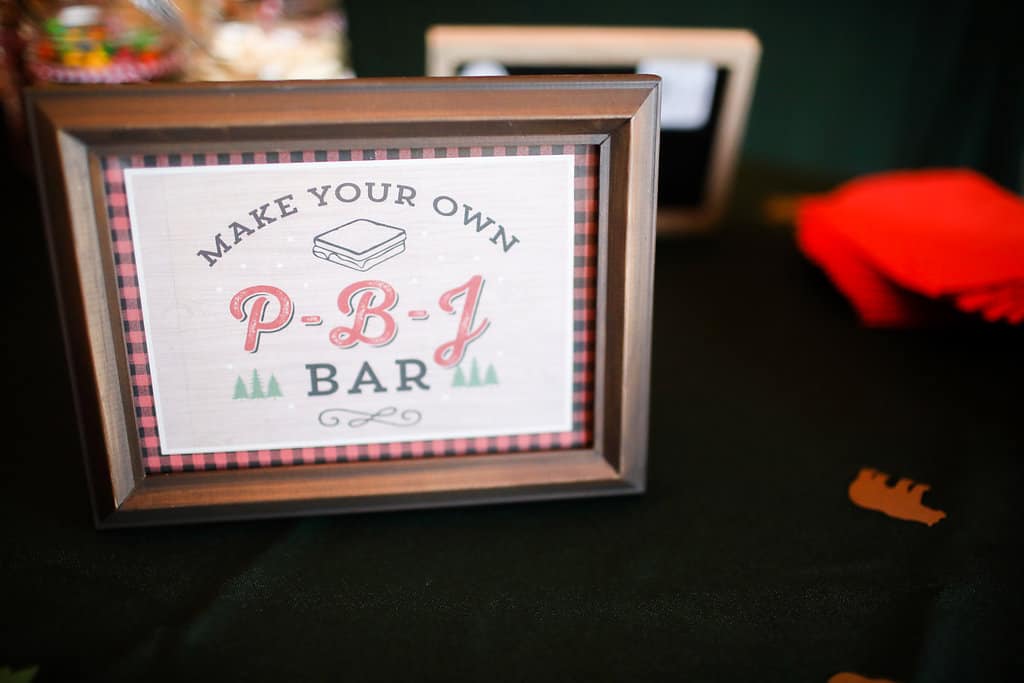